While waiting for the green light to the project to double the dimensions of the Fiumicino airport, after years of stop & go and endless debates, the Benetton family is trying to create a business district. The project was announced last May, but Adr, a company of the Benetton Group which manages the Leonardi Da Vinci airport, has disclosed the details of the operation just now. The document was signed yesterday by Filippo Maria Carbonari, Adr Ceo, and it’s “the start for the negotiation and the promotion of a real estate project aimed at the creation of a business district in the airport”. 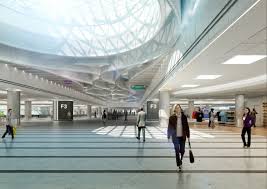 The project not only includes the creation of “a coworking space for 77 thousand Sq m”, but also “8,600 Sq m dedicated to retail and food & beverage, 5,200 Sq m for conference spaces and 4,100 Sq m of garden and pedestrian areas”. At the ground level of the seven buildings that will constitute the “Business City”, there will be “a supermarket, a gym and a wellness centre, a clinic, a conference centre, a kindergarten, shops, services and restaurants”.To implement the project, Adr, a subsidiary of the holding Atlantia guided by the Ceo Giovanni Castellucci, intends to launch a scouting phase to find the companies interested in the project. Then there will be “pre-qualification phase” for the companies selected, followed by a bid to obtain the spaces. The project should conclude by the end of 2024. A lot will depend on the work of the only real estate consultant appointed so far, Bnp Paribas Real Estate Advisory. The costs of the operation are assessed at around 190 million euro (at least for the moment).

At a closer look, it’s not difficult to see that the primary objective of Benetton is still the extension of the airport, also by using the land owned by the group. If we also consider this extension, the project will amount to 20 billion euro in total. Perhaps, Business City provided that it would gather enough companies interested in the project, will be a part of the broader objective concerning Aeroporti di Roma. There is the necessary budget to do it, seeing how Benetton invested in the Spanish motorways and a share of the Channel Tunnel, proving that the public authorisations (for highways and not only) can give good earnings. Concerning the extension of the Fiumicino airport and the launch of Business City, we’ll see if the group will be able to break through the lobbies.

High street in Italy: Rome is second with +5% in Via dei Condotti

20 July, World Capital The Italian retail real estate market is generally stable with signs of slight growth in the...