“Pirellino”, the former headquarters of the city’s urban planning department located in Via Pirelli 39, will be put for auction to implement the project of a “federal building”, a high building gathering all the City’s departments. The City administration is meant to put it for auction next year at a starting price of 80 million euro. It won’t be the only building to be sold unless the negotiation worth 200 million with Cassa Depositi e Prestiti won’t find a resolution. The negotiation concerns the sale in bulk of about a dozen public buildings. The portfolio also includes the prestigious building in Piazza Scala accommodating the city’s accounting office and the welfare offices in Largo Treves. 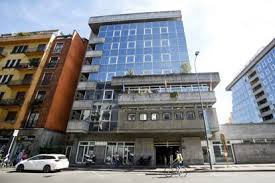 The office district (70 thousand Sq m and extendible for other 110 thousand) will accommodate 6,500 employees, cutting management costs by 60%. Urban Planning City Councillor Pierfrancesco Maran clarified that “the project won’t start the implementation under this administration. That will happen in the near future”. The goal now is to lay the foundations, namely raising the necessary funds. And finding the right place, a 40 thousand Sq m site already owned by the City in Via Cenisio (which may be extended to the area in Via Messina), a few minutes from the lilac metro line and the former Farini train station.

Regarding this latter, an international call for bids has been launched for the masterplan by Fs Sistemi Urbani, a Ferrovie Italiane subsidiary, together with Coima Sgr. The masterplan will be selected in April, and it’s aimed at defining the development of the biggest of the seven stations, along with the smaller San Cristoforo, which is meant to become an “urban oasis”. Farini develops over an area of 600 thousand Sq m along Via Farini. The key points of the project are: half of the surface will be converted into a park, apartments for rent dedicated to the under-35 population, a train circle line running around “Brera 2”, a branch of the Academy of Fine Arts to be inaugurated by the start of the 2019 academic year. The winner of the “Farini project” will undergo the public evaluation before proceeding with the implementation.

Carlo De Vito, Fs Sistemi Urbani president, “This a fundamental milestone of an innovative project.it will be an example for other urban requalification projects”. Coima Ceo Manfredi Catella agrees: “The old train station can become a strategic project to create in Milan a laboratory where to experiment globally with sustainability and innovation”. The goal is to start the works in 2021. Maran reminds that “in the meantime, the recovery of the stations is going on. At the beginning of 2019, there will be the call for bids for Romana, the project for Greco will be launched, while Porta Genova will accommodate the temporary activities”.

07 March, Giornale di Brescia The price trend in the province of Brescia is quite varied. The highest values have...