Good news for the Italian real estate, at least for what concerns big investments: offices, shopping centres and logistics in the country still attract and will continue to attract expert investors. The changes at a system level, starting from interest rates, don’t scare international investors and Europe on the overall hasn’t lost its appeal. 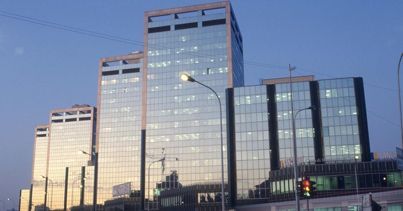 The quarterly survey Global Commercial Property Monitor by Rics measures the sentiment of investors and occupiers in commercial real estate. The survey confirms the overall optimism of the property markets analysed in the survey for the fourth quarter of 2017. In fact, the Occupier Sentiment Index created by Rics is positive for 28 of the 34 surveyed countries, while the Investment Sentiment Index is positive for 27 of them. 1,600 companies from all over the world took part in the survey.

Despite the changes in the monetary policy going on in Europe, Berlin, Amsterdam, Frankfurt and Madrid confirm to be the most attractive marketplaces for investors as well as for tenants, according to Rics. However, there is an emerging trend addressing smaller markets of central and eastern Europe, with positive results in Sofia, Budapest and Prague.

The Eurozone is living one of its best moments after the financial crisis. Once again, the markets reported in the last quarter of 2017 the best performance concerning Investment Sentiment and Occupier Sentiment, showing a positive outlook for 2018.

If anything, the only issue is the lack of offer in quality properties, for instance in the office segment, where the rate of vacant spaces is at its lowest point since 2008. This plays a fundamental role in keeping prices high, and it may explain the relatively optimistic outlook, despite the possible change of direction in the monetary politics of the ECB this year.

“The positive outlook already registered in 2017 is also confirmed for 2018 – explains Daniele Levi Formiggini from Rics Italia – Compared to the previous quarter, the Italian market has grown in terms of investment sentiment as well as of occupier sentiment. Milan is still the most attractive marketplace for international investors, and prime retail is the segment with the greatest growth potential”.

Italy has registered a consistent increase in new properties available in the office and retail segments, even though only this last one has a bigger quantity of properties on offer. Compared to the third quarter, the growth potential of rents has grown in all the segments, while it’s negative only for secondary industrial properties. More in detail, in last quarter of 2017 the Investment Sentiment Index has grown by 13% compared to 2016, and the demand for investments continues to concern the retail and office segments, while it’s unchanged for industrial assets. Concerning this segment, however, there is a growing interest from international investors, according to Rics. “The people interviewed forecast that all the prime assets will report significant earnings on the capital value over 2018”, reads the Rics survey.

Milan still at the top

Milan remains the most interesting marketplace in Italy and most of the surveyed believe that the Italian market is still at the initial or intermediate stage of its growth. Moreover, 89% of the interviewed thinks that prices on the Italian market are equal or lower their fair value. What about the future? The forecast for the next 12 months speaks about a positive trend in the prime segments in terms of growth potential as well as of expected value growth for transactions and rents, while both indicators are still for the secondary markets.

The impact of Brexit

Despite the recent reports speak about fewer job losses than initially expected consequently to the decision of UK to leave the EU, the surveyed are still reporting consistently inquiries regarding properties available by British companies. These inquiries mostly concern Amsterdam, followed by Warsaw, Dublin, Paris, and Frankfurt. At the same time, nearly one-quarter of the London-based interviewed declared to be contacted by international companies planning to transfer their business in the UK. London is still an interesting marketplace for investors, despite being perceived as expensive according to the main parameters of the analysis.

The appeal of Italian hotels: investment record in 2017

09 February, Il Sole 24 Ore The touristic sector is more and more appreciated by investors, especially the international ones....