Who is intending to invest in real estate will have to consider the city map and know its future evolutions. The experts noted that in the next years more than 15 million Sq m scattered around the city limits will be deeply transformed. New interconnected centres will rise here: from the former Expo area to the bordering Cascina Merlata, from the reconversion of the train stations to the projects for the big industrial sites such as Falck and Marelli. “These new projects will be able to relaunch entire spaces and areas of the city – reads the study – improving the quality of life in the suburbs just outside the city centre and attracting new residents from the neighbouring cities all around Milan”. 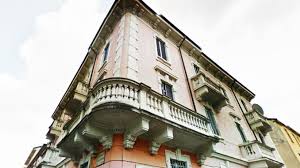 In the southern part of Milan, there are some important requalification operations going on such as that of the old milk factory in Via Castelbarco that will accommodate the campus of the University Bocconi and the Symbiosis area which will host the future Fastweb headquarters located just beside the Prada Foundation.

Whereas the west of the city will see the transformation of the area that hosted the Universal Exposition into the new location of the science faculties of Università Statale and of the research centre financed by the Government Human Technopole. The east, in the former Segrate Customs House, where now there are demolition and reclaim activities going on, will accommodate Westfield Milan, the biggest shopping centre in Europe with its 185 thousand Sq m of shops and restaurants.