Less than two years from the start of the composition with creditors after the bankruptcy (February 2017), Camuzzi, the company under liquidation led by Claudio Calabi and Stefano Barbiera, is about to repay those creditors who approved the agreement. The company is expected to satisfy creditors for 55% through the optimisation of its real estate assets. Unicredit, Banca Popolare di Sondrio, Gruppo Ubi and Bnp Paribas, together with the National Revenue, have credits for over 150 million euro. They may receive significant repayments already by the end of this year. More in detail, the company is expected to collect receivables from sales revenue for 70 million euro by the end of the year. In fact, Camuzzi has recently completed the sale of its headquarter valued over 25 million. The property is located in an area with great potential, close to the Prada Foundation and Scalo Romano, the old train yard which is about to undergo requalification soon. Camuzzi also owns the building on the opposite side, covering a surface of 5,550 Sq m. Last spring, the company entered an agreement with Bottega Veneta concerning the sale of two buildings which the luxury brand have been occupying for a long time. The assets are valued at 32.5 million. In addition, a preliminary contract worth over 10 million concerning the sale of a developable area in Piacenza city centre has been signed. 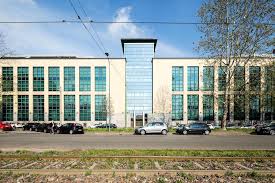 Nomisma: “A positive change in the market. The demand for investments in houses is growing”

12 July, La Stampa I wish but I can’t. It’s the situation of 2.6 Italian families which would like to...