The Ema disappointment, the European Medicines Agency that everybody was certain about Milan as its next headquarter, has been heavy on Milan: only the residential segment, according to the outlook by Scenari Immobiliari for 2018, triggered an increase of transactions of 17.5% and prices rose by 23.1%. Without considering the revenue. The city is not licking the wounds anyway. There is the (small) satisfaction that the city arrived at the final selection, the signs that it is considered at a European level. “The other positive news is that the most interesting directions for development are clear”, explains Daniele Martignetti, responsible for Capital markets for Bnp Paribas Real Estate Advisory Italy. “What really matters is the development of the so-called business district, business parks featuring also commercial and service spaces, able to revitalize entire areas of the city. Milan is affirming its identity in the service sector, after all, therefore offices are the main asset class, but the rest follows. This is what happened in Porta Nuova and City Life, both strategically positioned, but it’s true also for more peripheral areas, as proved by Bicocca”. Naturally, the choice depends on house and rent prices, reaching over 500-550 euro per Sq m per area in Porta Nuova, while Assago Milanofiori or Bicocca are set around 200-250 euro per Sq m per year. For example, Philips moved to Bicocca for a rent of 240 euro. “Just as the city centre, the suburbs can offer beautiful, modern, efficient, and well-connected buildings. If they have all these characteristics, the business districts can be a success in any part of the city”, continues Martignetti, “What is lacking is the medium price range, around 350 euro per Sq m per year. This is certainly a gap that must be filled”. 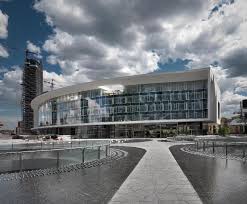 Beyond the single projects, the recovery of the many disused office building all over the city is another important matter for the development of Milan. There are many of such properties and the percentage of unlet properties is quite high, over 10% against 1% of the best areas, but in this case, lowering the prices might not be enough. “To requalify and relaunch them we need investments, but more importantly, new development ideas, these are not so easy to find”, adds Martignetti. “In fact, it’s true that the returns in the prime areas are very low, therefore investors are looking at alternatives, but not all are suitable since many are not served or strategically located”.

Another potential segment might be logistics, intended as “small distribution hubs serving the e-commerce sector, not too far from the city centre”, adds Luca Dondi, Nomisma general director. “Without forgetting the hospitality sector, that today covers 20% of the transactions”. Milan, however, remains a small city, with 1.5 million people, far from the big international metropolis. “For this reason, according to the experts, the implementation of a metropolitan Milan will be essential, the project sees the agglomeration of the many cities of the hinterland in the municipality of Milan. “It’s true that distance is not important, but the belonging to a city is”, concludes Martignetti. “The offices in Sesto are very cheap right now, despite being not far away from Bicocca”.