The banking sector is increasingly active in real estate, thanks to the various asset and structure optimisation projects. There have been several projects going on in the past few weeks, while others might start soon. According to Milano Finanza, BNL is about to put its Rome office on the market. The building is centrally located in Via Veneto, and it’s one of the most precious assets owned by the bank. The building has been left vacant after having moved the activities in the new Tiburtina branch. The procedures concerning the move have taken quite some time, but they seem to be over now, and the asset might be sold soon. Some hotel chains have allegedly manifested their interest in the property thanks to the appealing location. 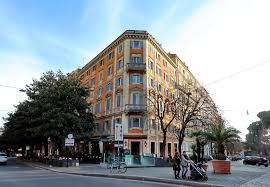 This is not the only property put for sale by a bank. Mps decided to sell a portfolio of instrumental assets worth approximately half a billion. The first market survey carried out last spring by the advisor Duff & Phelps registered the attention of several domestic and international investors. The portfolio includes the Mps office in Via del Corso in Rome and in Via Santa Margherita in Milan, besides the Siena and Padova branches. The portfolio has allegedly gotten the attention of Lonestar, Blackstone and Hines, which had been assessing either the entire portfolio or some specific tranches. Unicredit is moving in the same direction. The group guided by Jean Pierre Mustier put for sale a portfolio composed of about 30 properties in Germany for a potential value of 1.1 billion. The operation is consistent with the express intention of the bank of selling its properties.

Moreover, there is the ongoing sale process concerning the two former Venetian banks. After having spent 18 months preparing the operation, at the beginning of the year the receivers have announced the transfer of the Durante building in Milan to Fineco for about 70 million, which is already occupied by the offices of Unicredit’s online bank. Besides the prime properties in Milan and Rome owned by Popolare di Vicenza, the sale activity might also include the headquarter in Palazzo Thiene, Palazzo Repeta and Palazzo Negri, along with the former branch in Largo del Tritone in Rome old town.

30 November, Milano Finanza Aedes Siiq has concluded the sale for 7.5 million, with a total capital gain of 0.6...