Porta Nuova, the old town and Porta Romana are Milan’s three areas which are undergoing a transformation. The city is witnessing great activity concerning rentals. The trend started some time ago with the arrival in Piazza Gae Aulenti of Samsung, Google, Microsoft, Amazon and lately also IBM which rented Pavilion. There are also BNP Paribas and Accenture, which is currently looking at Corso Como Place in Via Bonnet, namely the old Unilever offices under requalification by Coima. 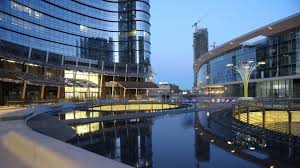 IT companies and banks relocating after Brexit are generally looking for modern and spacious offices.

WeWork has the most aggressive approach. It will open shortly a space in Via Mazzini 9/11/ in a building owned by the Dutch retirement fund Pggm and managed by Hines, accommodating 1,200 workstations, as well as another space in Via Meravigli 2 in a building owned by Generali which will open in 2020. The group is also completing 4-5 operations in Milan. The negotiations are open for a building in Via Turati owned by Allianz, another asset near Piazza Duomo with Cbre Global Investor as the tenant, and a newly-refurbished building in Piazza San Fedele propriety of Coima. Do people need all these offices? WeWork says they do.

Meanwhile, Huawei is currently active in three locations. Besides Via Lorenteggio, the group aims at a floor in the Blackstone’s building in Via Santa Margherita and, perhaps, the third location will be decided between Porta Nuova (the Generali building in Via della Liberazione) and the city centre.

Some companies are reorganising because of Brexit. That would explain the new Goldman Sachs headquarters in Milan city centre in the same building as Huawei located in Via Santa Margherita, the relocation of JP Morgan in the former Poste building in Piazza Cordusio (the negotiations are close to the end), and the moving of Rothschild Bank in Via Orefici. There are at least 15 banks and private equity companies, including Fidelity International and NatWest, on the hunt for offices in Milan where to relocate their London staff. This would require 30-40% more space. Where are we going to find it?