Copenhagen for residential and Madrid for offices toward the top of the chart. In the Pwc – Uli chart, four German cities in the top ten as favourite investors choices 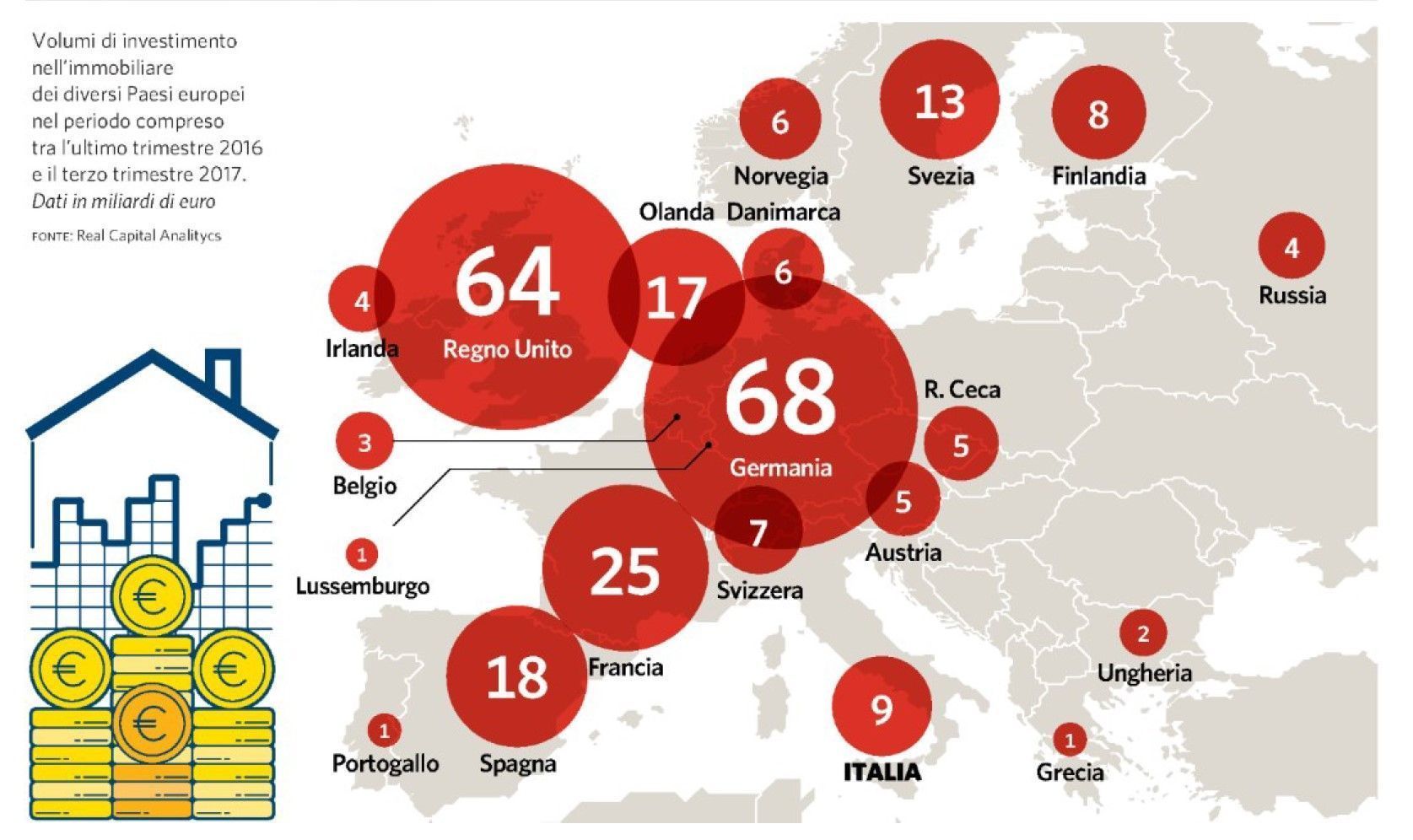 Germany is dominating real estate with several of its cities, each of them with their own characteristics, and the solid economy of the country makes them the favourite destinations for investments.

Moreover, Germany differs from the other countries, which often identify themselves with only one city for what concerns real estate investments: London for the United Kingdom, Paris for France, and Milan for Italy.

This trend is confirmed also by “Emerging trends in Real Estate Europe 2018” by PwC and Urban Land Institute (ULI) published yesterday. “The title of the research by PwC and ULI is “Reshaping the future” – says Elisabetta Caldirola, PwC partner. Rebuilding and restarting are the keywords of the survey on the European market trends regarding the next year. From the publication, it emerges a cautious European market even though positive, still dealing with modest returns and with the powerful forces of technologic innovation and social changes due to new lifestyles, demographic factors, and immigration”.

The new entries of this edition in the top  ten are Copenhagen and Madrid which, together with Berlin, Frankfurt, and Munich, have become the five favourite cities for real estate investments for 2018. There are four German cities in the top ten, if we include Hamburg too, as assessed by 800 European real estate experts, whose opinions are gathered in the report.

The changes in the chart do not move Berlin from its first position, which it has maintained for four consecutive years. Another German city has the second place, Frankfurt, which is consistently growing, thanks to the Brexit effect. The German Association of Foreign Banks forecasts 3,000-5,000 new jobs in Frankfurt following the decision of UK to leave the EU.

In the second position with Frankfurt, there is Copenhagen, that has attracted the interest of investors thanks to its residential boom. Munich comes fourth, expensive but attractive, while Madrid, moving from the ninth to the fifth position, benefits from the excellent growth potential of the returns on rentals in the office segment. The GDP has grown by 3% in the previous year and this trend should keep the same levels for the two next years.

Hamburg, Dublin, Stockholm, Luxemburg, and Amsterdam occupy the last five positions of the top ten. Therefore, London is missing from the chart, but the United Kingdom in the period from last quarter of 2016 and third quarter of 2017 has attracted capitals for a value of 64 billion euro, only second to Germany with 68 billion. In the same period, Italy has registered investments for nine billion euro, surpassed by Spain with 18 billion and by France with 25 billion.

For what concerns the sectors, logistics is the most attractive for investments in 2018. The same can be said for residential with its student housing, senior living and clinics niches. It emerges a loss of interest towards two traditional segments such as offices and retail. The crisis comes from the United States where retail is registering closures and the office sector in the suburban areas is not in good shape.

The feeling in Europe is positive on the overall, even though cautious. About 50% of the people interviewed believes that profits will grow next year, while 42% expects an increased trust. There is still the political instability of some countries to monitor, as the situation in Turkey, Hungary, and Poland is particularly worrying.

Some operators start thinking about a portfolio rotation. “We’re selling our weakest assets, this is a good moment to sell – says an expert when interviewed – But at the same time, we are buying, and we’re focused on high-quality assets in the less strong markets with a growth potential”.

Gareth Lewis, Real estate director for PwC, comments: “The interviews with the real estate leaders show how the sector is aiming at renovating and at breaking with the past of traditional real estate”.

House prices in Trento have slightly decreased. -1% in one year

04 January, L'Adige House prices slightly decreased in December in Trento and its province, as it's shown by Immobiliare.it that...