Alexei Dal Pastro, General Manager for Beni Stabili Siiq, confirms his strategy focused on Milan, awaiting the yearly results that will be published on 6th February. 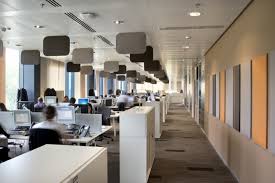 Milan is dynamic, active, and increasingly closer to the big European cities, confirming that Beni Stabili made the right decision in 2015: concentrating 80% of its portfolio in offices in the city by 2020. Somebody is wondering whether the demand will be able to absorb the offer.

“We follow the strategy adopted by our group, Foncière del Régions – says Dal Pastro – whose guidelines aim at dynamic metropolitan areas in Europe. And Milan is one of these. We focus on offices to provide the market with a premium product and flexible and modern spaces. For this reason, we’re studying how offices evolve and the future ways of use”.

In Milan, Beni Stabili has currently two green fields development projects. One is Symbiosis close to the Prada Foundation, the other is for a 30 thousand Sq m area close to Iulm, along with five advanced stage requalification projects in the old town. Among these, there are a building in Via Cernaia and one in Via Principe Amedeo, just behind Largo Donegani.

Dal Pastro reminds that, at the end of the third quarter, new lease contracts, renegotiations and pre-lettings for a total of 11 thousand Sq m reached 22 million euro, while the total portfolio is worth 4.3 billion euro. “The trend improved in the last three months of the past year”, he says.

The company will then proceed with the sale of the retail component of the portfolio, valued around 300 million and that includes five shopping centres (minor ones, according to the experts), as well as the Excelsior in Corso Vittorio Emanuele. “Retail has no strategic value for us – comments the general manager – the earnings from the sales will be invested in offices”. Some offices in Turin, Bologna and Rome are also for sale. These are sales for values around 80-90 million euro yearly for the next seven years. Another key point of the strategy is the progressive reduction of the exposure towards Telecom. The portfolio let to the telephone service provider has been transferred to a Sicaf of which Beni Stabili is a shareholder for 60%, while the remaining 40% is equally divided between Credit Agricole Assurances and Edfinvest.

Beni Stabili remains the biggest Siiq in Italy, even though the market struggles to take off. Perhaps the arrival of PIRs, the individual saving plans, will bring new cash.

Saipem is planning its new headquarter