The Sga management is ready to start. The contracts with the liquidation officers concerning Veneto Banca e Popolare di Vicenza were signed on Wednesday and went live at 8 pm on the same day with the disclosure by Banca d’Italia. After ten months of waiting, the management of the 18 billion-euro bad loans of the two banks started on 12th April. The operation went live through two separate asset allocations (the Vicenza group asset allocation and the Veneto group asset allocation) as per the decree from the Ministry of the Economy released on 12th April. Sga (Società Gestione Attività owned by the Ministry of Economy) will take care of the debts. The company was constituted to manage the credit collection for Banca di Napoli and it’s guided by Marina Natale, former Unicredit manager. 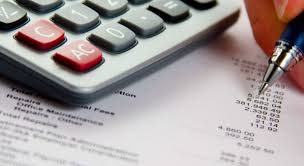 The workload is considerable. In fact, to the gross 18 billion euro, which represent the value of the credit towards Sga for the two liquidations and will have to be updated with the real values determined with the credit collections, correspond 112 thousand exposures among privates and companies. Customers will be notified next week of the passage to the Sga management. It’s obvious that Sga will focus on the 25 thousand companies with bad and impaired loans. Unlike the bad loans, where the activity will consist exclusively in credit collection, Sga will work on the other loans to bring at least a part of them back to performing, even though the late intervention won’t make this an easy task.

It’s not by chance the Sga will care directly of the credit management. Only the bad loan management the will be assigned to 14 external servicers. An appointed team by Natale will work on the remaining loans. The team includes professionals such as Anna Tosolini, with a background in Bpvi and Bper.  In the meanwhile, Sga has constituted an office in Milan in Via Turati, besides its headquarters in Naples. In addition, two task forces are working on site in the two banks’ offices in Vicenza and Montebelluna, helped by the former employees of the banks who were working on the loans in the past and with the assistance of 70 employees from Intesa Sanpaolo. There is a lot of concern regarding the many holdings Sga will have to work on. Agostino Bonomo, leader of the regional artisans’ association, is worried about the couple of thousand holdings below 30 thousand euro: managing them promptly seems to be rather impossible.

Confartigianato is ready for the new phase. “We’ve put a lot of pressure in the past few months in order to act promptly, aware that one more day of delay would have compromised the loans – says Bonomo – We’re happy with the new Sga management, which will finally manage these credits. Hoping to act as soon as possible, we’re open to the dialogue. We hope that a large part of the loans may return being performing, we’ll cooperate in order to achieve that. We’ll ask the Region to assist us with the already experimented counter-security methods.

How the Naples property market is doing

28 May, La Repubblica Has the Naples property market recovered? Are people buying houses? Who is buying and why? The...