The strategic plan Transform 2019, launched one year ago, “is totally aligned with the expectations and it’s giving tangible results”, said Mustier. “The plan is based on the consistent growth and we’re counting to grow further till 2019 and beyond”. 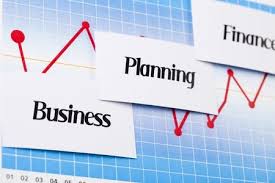 All the key elements for 2019 are confirmed, including the target for Rote of over 9% and of the Cet1 over 12.5%. While the risk profile of the bank is improving. The improvement of gross bad loans continues according to the set goals, with a drop of other 4 billion euro and planned to reach 40.3 billion in 2019. Mustier has also announced the that the non-core credits portfolio will be reset by 2025 “without additional costs for the bank”.

Agreement for the NPL transfer

Concerning NPLs, Unicredit has reached a sales agreement with Generali and with some funds of King Street Capital Management to reduce its position in the bad loans portfolio Fino from 49.9% to below 20%. The agreement was defined “a critical step” and it was “reached without additional provisions” or inspection by the ECB, stressed the Ceo denying the recent rumours from the press.

The coupon will rise

As Christmas gift to the shareholders, the dividend will rise from 20% to 30% in 2019 and it will rise further to 50%, maintaining a Cet1 over 12.5%. The objective for the returns will still be 20.9 billion by 2019 but the position will change, with a drop in the interest margins and an increase of commissions to 7.1 billion euro.

The cost reduction plan continues at a faster pace than expected, confirmed Mustier: the objective of 10.6 billion is confirmed and the bank has closed since the beginning of the year 557 branches in western Europe, representing 72% of the target, and it will have completed by the end of the year the 60% staff reduction as planned.

“Thanks to the determined execution of such action plan, we’ve become stronger over the last 12 months – said Mustier – We’ve strengthened our position, and thanks to our consistent capital generation, the regulatory impact will be incorporated after 2019 without changing our objective for the Cet1 ratio, set at a level higher than 12.5%”.

Whereas the news regarding potential acquisition and merger operations have been disappointing. The rumours were talking about an interest by Unicredit for Commerzbank or Société Générale, but Mustier shortly commented. “Ours is a consistent development plan”, he said.

The residential market tries to restart (despite the uncertainties)

18 May, Il Sole 24 Ore Scenari Immobiliari estimates residential transactions dropping to 83 billion euro in 2020 from the...