Between 2015 and 2018, NPEs for 190 billion euro were transacted. Impaired loans had dropped to 180 billion in 2018 from the original 341 billion of 2015. The NPL market reported transactions for other 16.5 billion euro in the first seven months of 2019, and an additional 45 billion euro is expected for the end of the year. 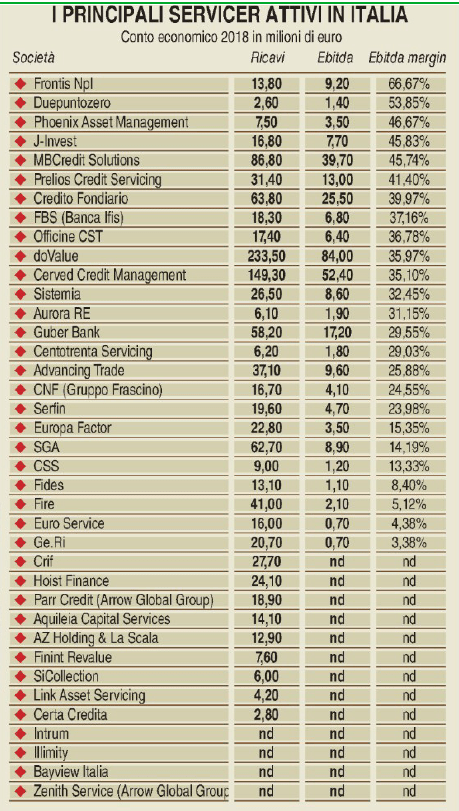 Concerning servicers, in 2018 were collected credits for only 7.8 billion euro of the 82.3 billion appointed to servicers, while the collection rates have been progressively decreasing with the years. The considerable stock of NPLs, in fact, means significant amounts assigned to credit collection, but also a reduction of the collected values and an increase of the collection costs, resulting in reduced profitability.