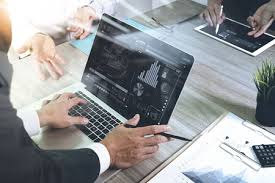 This is good news since it gives more times to banks to clean up their financial statements, considering also the recent guidelines included in the addendum by the ECB.

Having the assessment and the stress test in 2019 rather than 2018 means carrying out these verifications on this year’s figures and not on those of 2017, including in this way the remarkable results obtained in the reduction of NPL. According to Il Sole 24 Ore, the staff from Banca d’Italia and the ECB is already working at the parent bank’s site to assess the advancement stage of the consolidated statement.

The postponement might be also due to the decision of waiting for the upcoming constitution of the three groups, namely Iccrea, Cassa Centrale and the credit unions of Alto Adige. The groups are about to be admitted soon to the European Surveillance.

According to recent news, the NPL stock of the future Iccrea Group is 20 billion gross and 9.7 net.

The actions aimed at reducing this stock include a first transfer for 800 million by mid-2018 and transfers for a total of 3.5-4 billion throughout the next 2 years according to the business plan.

For what concerns Cassa Centrale, its NPL ratio is set at 16.5% and it’s expected to reduce to 8% by 2021. A challenging objective but not impossible considering the good capital base with an 18.4% Cet1 at the end of 2017. The disposal plan implies three tranches, a first amounting to one billion by December 2018 which will benefit from the Ifrs9 accounting principle, a second with a 740 million securitisation which should be put on the market in 2019, and the third for 3.4 billion in 2020.

Milan: a residential tower to be built in Maggiolina. It will have 23 floors and 105 apartments