The big American funds are interested in the unlikely to pay of the main Italian banks. There are currently three ongoing operations: the sale for 4.5 billion of the Mps UTP, 1.5 billion coming from Banca Carige, and 450 million from Credit Agricole-Cariparma. 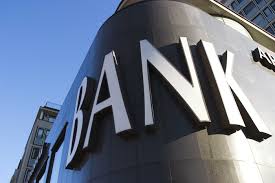 The most interesting operation is the one for the Mps bad loans. The bank guided by Marco Morelli aims with its business plan to reduce its UTP portfolio by 4.5 billion euro by 2019 at a pace of 1.5 billion every year. The objective was met in 2017, and there are good chances that the bank will achieve its goal also this year. The bank adopted a peculiar approach by putting on sale every week the single tickets in order to maximize the returns. The strategy has given positive results so far, even though the long-term outcome has still to be measured.

Concerning the second portfolio, Carige has received about twenty manifestations of interest. Among the funds, there are York Capital and Bain Capital Credit, this latter a giant of the bad loans sector. The 1.5 billion-portfolio should be transferred in tranches of 500 million every year till 2020. A good part of the loans in the portfolio is towards real estate companies, while one-third is towards shipowners. According to the rumours, a portion of the debts is towards the shipowner Ignazio Messina. The totality of the UTP is referred to about eighty big creditors. In addition, the bank might be also transferred single parts of the portfolio. Moreover, the closing for the transfer of the NPL management platform to Credito Fondiario is expected for next week.

The sale of the UTP for 450 million by Cariparma from the group Crédit Agricole is at a more advanced stage. The loans are partly secured. In this case, according to the rumours, the binding offers might come soon, with Pwc as the advisor for the buy side, and a first screening of the proposals has already been made. Only three players are left, all of them American. These are Starwood teaming with the Italian Prelios, Pimco and Bain Capital Credit. It’s interesting to note that some offers assigned to the portfolio a value around the 40% and 50%, confirming the implicit value of these type of impaired credits.

However, Mps, Carige and Cariparma are not the only ones having taken an action on the unlikely to pay. BancoBpm and Bper have already started examining their UTP stocks to evaluate potential agreements, even though no specific operation has been set in place yet.

The connections between Prelios and Giancarlo Pittelli in Calabria