The Board of Directors approved the merger for the reverse incorporation of Spaxs guided by Corrado Passera and Banca Interprovinciale. As planned, the new company will be created from the merger, and it will operate under the name of Illimity, while the special purpose vehicle Spaxs will disappear. The objective is to constitute an innovative bank specialised in NPLs. According to the 2018-2023 business plan presented in July, the merger concludes the process started in April with the acquisition of 99.2% of Banca Interprovinciale by Spaxs. 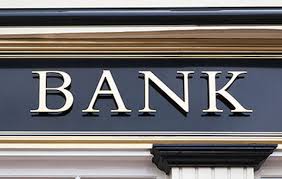 The acquisition was approved be the Spaxs shareholders on 9th August, and it was finalised on 20th September. Once the merger is completed with the green light from Banca d’Italia, all the capitals raised by Spaxs since January with the listing on the Italian Aim market will be moved to Illimity, which might land on the MTA in the future. Illimity Ceo Passera aims at upgrading the bank to the main segment of the Stock Exchange.

Passera commented: “Thanks to the merger and the listing, we’ll have accomplished the Spaxs project which was launched in January with the raise of capitals for 600 million euro, for then selecting Banca Interprovinciale as the target of the business combination. The operation was approved by the majority of the shareholders. Now we aim at completing the merger with Spaxs and the bank and at listing Illimity on the Mta as scheduled in our business plan”.

Gabetti: purchases of holiday homes on the Como Lake are rising

10 August, Corriere di Como The favourite property type is one-bedroom apartments. In the city of Como, which registered 1,038...