There are seven players competing for the unsecured NPL portfolio for a nominal value of approximately 1.8 billion of Banco Bpm. The deadline is today, according to the rumours they’re seven the companies competing for the so-called Sun dossier. The advisors appointed by Banco Bpm, namely E&Y, Banca Akros and the legal advisor Freshfields, will receive the binding offers. Among the certain names, there are Banca Ifis, specialised in this sort of competitions, the specialised division of Deutsche Bank, the Polish Kruk, the international fund Anacap, and three other international funds active in operations on unsecured portfolios. While it the Swedish Lindorff-Intrum won’t be participating, having recently acquired the in Italian the platform Caf. Banco Bpm will have to close the operation by the end of the year to register it on the books. 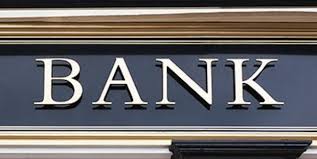 According to Il Sole 24 Ore, the Sun portfolio of Banco Bpm is composed of two packages: one (named large portfolio) for a nominal value of about one billion with 389 positions. The other (called mid portfolio) has a nominal value of 780 million and 2,518 positions. In conclusion, this is a structured stock, with several old positions and unsecured debts, that for their nature have very high discounts on the nominal value during the transfer phase. 73% of the first portfolio for sale, the one for a value of one billion, features debtors located in Northern Italy (742 million in total). About 900 million are the bankrupted positions. The defaults are adapted back 5.7 years ago on average. The debtors with positions higher than 5 million amount to 387.5 million in total. Whereas in the smaller portfolio, for a nominal value of 780 million, 72% of the positions are located in Northern Italy (for a total of 558.5 million), about 75% is related to already defaulted debaters (580 million) and the defaults are dated back 4 years on average. We must say that this is the most significant transfer ever done in recent years concerning the unsecured sector. However, the effects on the financial statement of the bank guided by Giuseppe Castagna will not be relevant, The Sun dossier will be added to the other billion (in this case of secured positions) transferred a few months ago with the Rainbow portfolio. Moreover, the operation that will really reshape the bank is expected for next year regarding the securitisation through Gacs (State guarantee) on a nominal amount that might reach 5.5 billion NPLs involving also Mediobanca and Prelios.

Despite Milan remains the engine of the industry, the boom of investments in real estate in Italy doesn’t concern...