If the spread rises, the non-performing loans market will be impacted. Cerberus Capital Management is aware of this, although the interest in the Italian market remains. 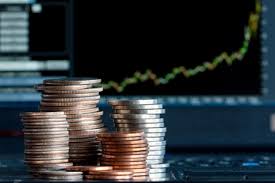 Roberto Nicastro, senior advisor of the American fund, confirms this view, as he took part in the seventh editions of the NPL Meeting in Venice organised by Banca Ifis.

Cerberus doesn’t fear the political tensions that usually shake the markets, as it already proved in the past, in Spain during the Catalan crisis and in Great Britain after Brexit.

The impact of spread on NPLs

At the end of the event, Nicastro made some statements to the agency Reuters, stressing, in particular, the effects of spread on the bad loans market, on the demand as well as on the offer side.

“The increase of the spread doesn’t have a positive effect on the NPL market since banks are offering less as the capitals reduce. Meanwhile, investors are impacted by the increase of the cost of funding and equity”, he said.

For Cerberus senior advisor, Italy is still an interesting market at which the American fund look with great interest.

A strategic interest in Italy

Nicastro added that the American investment company wouldn’t be deterred from what is happening in the countries where it has operations planned.

“Cerberus is not that worried. The fund made investments in Spain during the Catalan crisis and in Great Britain after Brexit”, reminded the advisor.

The same will happen in Italy.

He added, “There is no impact in our strategic interest in Italy which is a country of stable volatility or of volatile stability”.

In the first part of 2018, he reminds as an example, the public authorities took on average 105 days to pay their debts, more than the triple of Germany, where it takes 30 days, and the double of France and Spain, where 50-60 days are necessary.

Moreover, Cerberus has recently entered an agreement for the acquisition of 75% of Officine CST, the Rome-based company operating in the management of credits towards public administrations and unsecured credits.

The service provided by the platform, which-ich manages credits for over 16 billion euro and employs 150 people in Italy, are dedicated to banks, institutional investors, utilities and multinationals, as well as small and medium enterprises.

Frosinone: disagreement about a new shopping centre in place of the former Permaflex factory

08 January, Il Messaggero The reconversion of the old Permaflex factory is currently being debated, as there is concern about...