Whilst there is still tension on the political side, Monte dei Paschi is trying to focus on the objective of the business plan. According to Milano Finanza, the bank launched the sale of a portfolio of commercial properties for a value assessed around half a billion. The operation is assisted by Duff & Phelps Reag and it concerns the branches closed during the reorganization plan and the other properties owned by the bank. It’s not to be excluded that sales & leaseback solutions might be applied to the portfolio, as many other banks had done in the past. This is a wide range operation that has already got the attention of the international investment funds and of the specialised operators of the sector. However, it will be a long process, considering non-binding and binding offers, and it might last till autumn. 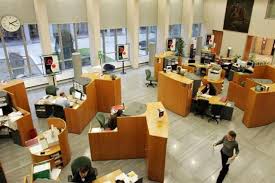 Real estate is one of the areas targeted by Mps for potential sales, even though there was no set target on the document signed last July. The sale process might be parallel to the one concerning the IT platform. For this latter, there are only a couple of potential buyers left in the negotiation: the British fund Apax, together with the subsidiary Engineering (acquired in the first part of 2016 in collaboration with NB Renaissance), and Fondo Strategico Italiano, which might involve also the recently acquired Cedacri in the bid. Whereas Bc Partners might be out of the competition, which has initially evaluated the dossier together with the technology giant IBM.

While the Mps management and its advisors are working on the execution of the business plan, the attention of the market is focused on the actions of the shareholders. Last week, the statements of the Lega representative Claudio Borghi caused a debate, putting forth a U-turn on the commitments with the EU and a reorganization of the high management of the bank. The statements caused a panic selling on the market, where in three sessions the stocks lost 12% of their value, closing yesterday at 2.833 euro. Yesterday Equita had to lower the target price on the bank from 3.9 to 3.6 euro due to the programs of the potential new government. The real estate brokerage company from Milan talks about “political uncertainty, possible impacts on the governance, strategy and objectives”. Investors are mainly worried about the possibility that the new government might change the binding agreements with the ECB and dgComp regarding the bailout of the bank. If such commitments are not respected, the precautionary recapitalization might be at stake, with the result of a very risky bail-in scenario for the bank. Besides the restrictions on the commercial strategies, the evolutions of the profits and remunerations, at the core of the agreement there are indeed those cost cuts that Lega is questioning. For this reason, politicians have stayed away from the matter in the past, asking rather to the Ministry of Treasury. This was the approach adopted, for instance, by Movimento 5 Stelle, which not by chance did not intervene in yesterday’s debate. The entry of Lega worries the market. “They’re playing with dynamite”, commented the country manager of an international bank, implying that such statements might jeopardize the investments of international companies in Italy. For what concerns a potential change in the high management following a logic of spoil system, there are several hypotheses circulating in the environments close to the future government. For instance, someone is thinking to nominate the president of Deutsche Bank in Italy, Flavio Valeri, who is very appreciated in Italy and abroad. Another name is Fabrizio Viola, who from 2012 to 2016 guided the reorganization of Mps and was suddenly expelled.

Scenari Immobiliari: Sicily is the first choice of foreign investors

15 June, Milano Finanza The island represents 15% of the international investments in Italy, for a value of 400 million....