Intesa Sanpaolo is considering some strategies, including the sale of the servicing activity of non-performing loans and it has started negotiating with the Swedish Intrum Justitia. 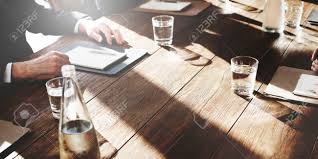 As the memo published by Carlo Messina reads, the options include the transfer of an NPL portfolio, in conformity with the new business plan.

In any case, the bank confirms its commitment of distributing dividends for 3.4 billion cash related to the financial year 2017.

In a separate memo, Intrum Justitia has confirmed that the negotiations have started for the acquisition of the servicing platform and of an NPL portfolio, even though they’re still at a preliminary stage.

On 15th September of last year, Antonella Pagano, managing director for Justitia Italia, said to be interested in acquiring the NPL platform of the Italian bank.

In May, the servicer Lindorff acquired Gextra. Then, the Norwegian group was acquired by Intrum Justitia. In the past month, Intrum bought the platform Caf from Lone Star.

The stocks of Intesa Sanpaolo, already quite strong, have slightly increased after the memo was published, to end up closing at 2.97 euro (+4.58%) after having reached the highest peak of 2.9820 euro.

Mps is selling NPLs up to 2 billion