According to Equita, the reduction of non-performing loans is excessively concentrated in few names. The verdict from the analysts comes after the publication of the risk map of the European banks by the Eba (the European banking authority) concerning the third quarter of 2017. The survey shows that the surveillance activity is giving its results, even if slowly. Bad loans have, in fact, increased by 4.2% on a quarterly basis. However, Eba clarified that “these results suggest there are still serious constraints for the reduction of NPLs, namely the lengthy and expensive judicial procedures and the lack of liquidity on the secondary markets”. 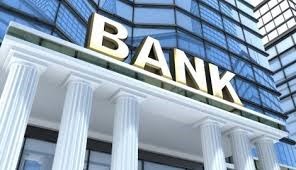 Italy is one of the countries that registered the most dramatic drop in NPL ratio, with a reduction of 3.5 percentage points, reaching 11.8%, equal to a reduction of 58 billion euro. “Our impression is, however, that this reduction concerns only a few names”, observed the Equita experts, referring to Unicredit, that has reduced his exposure of 18 billion euro, and Banca Monte dei Paschi di Siena (-27 billion euro). “the gap with the European average has also significantly reduced”, continue the analysts, showing a spread of 7.6 percentage point in the third quarter of 2017 against the 9.9 recorded in the fourth quarter of 2016. “But the polarization is still significant, because only Unicredit, Intesa Sanpaolo and Credem are close or below a 10% ratio, while all the other banks are considerably above this level”.

Analysts believe that the Surveillance authority will ask the banks to go below 5% by 2022-2023. “This can be achieved in two phases, with a target of 10% by 2019, in order to get close to 5% by 2022-2023. Such a scheme would not imply any systematic risk for the Italian banks. “But while waiting for the new dispositions on NPL stocks, expected by the first quarter of the year, investors will keep a cautious approach on the sector”.

This afternoon, at Palazzo Koch, the head of the European Surveillance Authority, Daniele Nouy, will meet the governor of Banca d’Italia, Ignazio Visco, and the other members of the board. The banks currently under surveillance will also participate in the meeting. The matter over bad loans will be discussed as it remains the main problem of Italian banks. In the agenda, there are also the new rules included in the Addendum that the Surveillance authority is intending to implement for the radical reduction of NPLs.

12 April, Ansa Unicredit has signed a preliminary agreement to sell Palazzo Mancini in Rome to Kryalos Sgr. The property...