The new guidance from ECB in the management of bad loans might be postponed of few months. Moreover, some concessions might be granted to banks and stakeholders. However, the debated proposal from Frankfurt on the devaluation of bad loans remains still valid. With a potential consequence: that the regulation on the automatic devaluation of bad loans will concern only credits already issued and not, as requested by the EU Committee and hoped by Italy, the credits issued in the future. 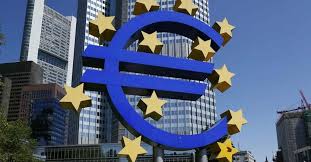 This is a small compromise coming from the European Surveillance Authority. The French representative, Danièle Nouy, in occasion of the meeting that took place yesterday in Frankfurt, confirmed the will to maintain a high standard when it comes at managing NPLs, in order to avoid a new “mountain” of bad loans, that today amounts to approximately 843 billion euro. To succeed, the ECB on 4th October proposed a regulation that implies the total devaluation of non-secured credits within two years from their issuance into bad loans and within seven years for the secured ones.

The proposal was meant to go live in January 2018, just in time for the examination of the related comments, that will be gathered until 8th December. Yesterday Nouy admitted that “a couple of more months will be probably needed”. The causes of this delay have been mainly the participation of the European political institutions. The matter might be discussed at the Ecofin meeting next Tuesday, but the discussion will have its conclusion at the January meeting. Eba too, which confirmed yesterday the guidance by Andrea Enria, intends to start a consultation on how to apply the measure on NPLs for small-sized banks. For this reason, it’s not to be excluded that the NPL matter will be included in the revision plan about the regulation regarding the capital requirements (Crr/Crd 4), planned for next year. In this case, the new regulation will be introduced by June 2018 or directly by 2019. The hypothesis of a postponement doesn’t certainly disappoint the market, as shown by the trends of the stocks, with da Bper (+4.2%), Ubi (+3.8%), Banco Bpm (+3.4%), and Mediobanca (+1.2%).

Nouy, replying to the rows of questions from banks and associations of half Europe, with doubts expressed by France, Germany and Great Britain, besides Italy, confirmed her position: an intervention on the existing NPLs is to be excluded (“To be very clear: we are talking about existing NPLs, we are not talking about existing stock”), the action of the ECB will be focused instead on new NPLs. It won’t be an automatic action, repeats the French representative. But it’s clear that the Frankfurt does not agree with the Commission, that proposed instead an intervention only on credit of future issuances that became non-performing. On the other hand, the ECB does not want to trigger an automatic process: “the coverage of each bank” will be evaluated, “considering essential the clarifications as well as the specific circumstances”.

No disposition was given on the impact of the regulation on the internal organisation models and on the impact of transfers of big dimensions. Replying to the questions from Abi, represented by Federico Cornelli, Nouy said that she couldn’t make an assessment since the regulation will apply to new bad loans. Addressing the concerns from Confindustria regarding the impact on SMEs, as highlighted by Francesca Brunori, the ECB stressed that, “if managed on time”, bad loans could become again performing, with positive effects on growth.

The residential market is growing in Parma

13 January, Fortune Italia According to Tecnocasa, the property market in Parma registered 1,982 transacted units in 2019, reporting a...