2017 was a particularly active year for the NPL sector and, hence, for banks, investors and servicers. 2018 will be as good as the previous year. In fact, the players of the sectors are already working on transactions worth over 54 billion € gross of. If we also consider some big operations that should have been concluded operations last year but have been postponed to this year for various reasons. These are, for instance, the securitization of NPLs for 26.1 billion euro by MPS, or the 16.8 billion of bad loans and unlikely to pay of the two Venetian banks, that had not been transferred anymore to SGA since the related decree hadn’t been launched yet. 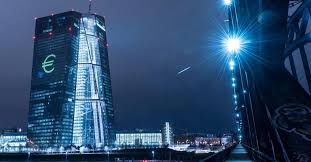 For the remainder, the market expects an increase in transactions for UTPs (unlikely to pay) due to the introduction of the new international accounting standard IFRS9. The regulation, in fact, forces banks to assess the probability of the potential default of loan portfolios, with the consequent introduction of a new credit macro-category, the sub-performing one, namely performing loans that may become bad. The consequence is an increase of non-performing exposures other than bad loans in terms of regulatory capital to set aside. Moreover, as underlined by PWC in its last report, published just before Christmas, UTPs have already reached 73 billion €, against 71 billion of NPLs. This is where the game is to be played now.

Furthermore, last year saw mixed transactions composed of bad loans and other impaired loans, or of bad loans only, such as the bad loans securitisation for 2.7 billion by Cr Rimini, Cr Cesena and Cr San Miniato and underwritten by Atlante II, as well as the bad loans for 2.2 billion sold to Atlante II by Banca Marche, Etruria and Cr Chieti.

In 2017 registered closed deals for 46 billion euro over the loans gross value, among which the biggest has been that concerning the project Fino by Unicredit for 17.7 billion.

The first deal of the year has been announced today and it concerns the sale of a 128 million unsecured retail and corporate portfolio by a group of Bcc arranged by Iccrea Banca to Best Capital City, controlled by the Polish Best. Whereas yesterday, Quaestio Capital announced the closing of the investment for 95% of the mezzanine tranche of the MPS securitization.

A house every four is bought for investment in Milan

08 October, Corriere della Sera There may be more transactions, but prices are still. The latest report by Scenari Immobiliari...