The first two real estate operations of Carige Reoco are ready. The company was established by the bank last summer with the purpose of collecting assets from old finance projects of the bank that had been paused. The subsidiary has already completed the purchase on auction for a property in Parma and it’s now ready to acquire properties on the coast of Tuscany for a total investment of 11 million euro. The assets will be developed and enhanced, perhaps with the intervention of other partners, in order to sell them once ready. Other dossiers for bigger amounts are under evaluation and they mostly concern civil construction assets in Liguria and Tuscany. The activity of the Reoco has made necessary strengthening the assets of the subsidiary. According to the files, at the beginning of February Carige has delegated the Board of Directors of the subsidiary headed by Gabriele Delmonte to bring the capital from 500 thousand euro to 19.5 million by March 2019. 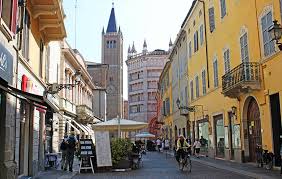 The capital increase by the parent company will happen in several tranches depending on the advancement of the operations by the Reoco that will have to provide a double contribution to the consolidation process of the bank. From one side, by intervening on the initiatives funded by Carige that became non-performing, the recovery of the projects will make possible the reduction of the exposures held by the bank; on the other side, this recovery process and the subsequent sale of the properties will bring liquidity. Concerning the first point, Carige has assessed to be able to cancel by 2020 gross bad loans for a total of 650 million euro thanks to the Reoco activity. Regarding the second point, the bank has forecasted earnings for 100 million euro in a period of three years coming from the management and sales of the properties. The subsidiary guided by the Ceo Francesco Mandelli and by the managing director Carlo Minuto will have also to intervene on the branches that Carige is intending to close and sell. In fact, the business plan till 2020 that was presented last summer includes the reduction of the commercial network down to 455 branches by 2018 from the 529 of last September.