BancoBpm will carry out a preliminary evaluation of the offers presented by six teams for its NPL. During today’s meeting, the Ceo Giuseppe Castagna briefly introduced the plan for the review of 6-7 offers with the assistance of its advisors Deutsche Bank and Deloitte. Banco Bpm will have to sell NPL at least for 3.5 billion to reach the target promised to the ECB, but the bank is also considering selling the managing platform. In that case, the bank might sell all its bad loans still in the portfolio, namely 9.5 billion. Intermediate solutions are not to be excluded. The Board of Directors will meet again on 3rd August to approve the accounts for the first part of the year. In that occasion, the offers for NPL will be thoroughly evaluated. The bank might also decide the next steps to take, whether to sell only 3.5 billion or to transfer also the platform. It’s likely that the bank won’t be choosing a buyer, still as the closing of the operation is scheduled by the end of the summer. At the moment, all the possibilities are open, although bank will most likely sell only the NPL necessary to reach the target agreed with the ECB and perhaps sell some more bad loans next year. Even though still on the table, the sale of the platform would imply further issues to solve, such as the one concerning the staff involved in the operation. 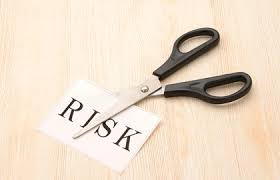 Among the competitors, there are the team composed of Tpg, Davidson Kempner Capital Management and Prelios (assisted by Mediobanca and Rothschild), another team formed by Fonspa and Elliott (with the advisor Goldman and the consultant Cbre), DoBank-Fortress (with Citi), Varde together with Guber, as well as the American giant of alternative investments Cerberus (with the consultants Lazard and Vitale), and Pimco together with Phoenix Asset Management. Crc, which was supposed to compete alone, joined the Tpg-Davidson Kempner Capital Management-Prelios team. Therefore, the offers will probably be six.

What will BancoBpm decide? The bank might sell only 3.5 billion as agreed with the ECB. It might also transfer up to 8 billion, if not 9.5, clearing its NPL stock entirely in this way, as Unicredit did one year and a half ago. The transfer of the platform depends on how many bad loans the bank will sell: if it decides to sell the whole stock, it’s evident that a large part of the platform will go too.

08 August, Ansa Banca Popolare di Sondrio sold an NPL portfolio for a gross value of one billion. The bank’s...