Alantra announced yesterday the acquisition of the Kpmg UK division Portfolio Solutions Group, specialised in providing global consultancy services to banks and other financial institutions regarding impaired loans and non-strategic assets. The closing of the operation is expected by the beginning of August. 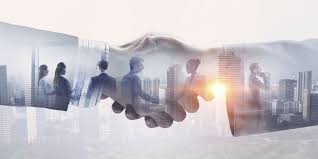 The team is composed of over 35 professionals working since 2014 on operations for a total value over 180 billion. The division is currently working on mandates amounting to over 16 billion euro altogether. Alantra employs a team of 40 people based in Madrid. Since 2014, the company has been carrying out operations for over 65 billion euro.

The merger between the two groups will be called Alantra Corporate Portfolio Advisory, and it will operate through a team of 70 employees guided by Joel Grau, Andrew Jenke and Nick Colman, along with the various managing directors based in a London, Madrid, Milan, Athens, Dublin and Lisbon.

The Italian team, led by Domenico Torini, employs 40 people. Unlike the other Kpmg teams, it will stay with Kpmg, except for a small group of 4-5 people reporting to Kpmg UK which will move to the Alantra office in Milan.

Kpmg Italia is currently the advisor, together with Deutsche Bank, for the auction on the NPL portfolio (Project Ace) and the managing platform of Banco Bpm. Moreover, it’s also the advisor for Credit Agricole Italia regarding an NPL transfer amounting to over one billion euro through securitisation with Gacs. Finally, the company is working together with the investment banking division of Crédit Agricole on the transfer on the secondary market of NPL for 6 billion euro gross originated from the Italian market. Among the operations just completed, there is the transfer of a 100-million impaired loans portfolio from Alba Leasing to Bain Capital Credit through Aquileia Capital Service, where Kpmg acted in the role of advisor. Besides, last January Kpmg worked with Banca Popolare di Bari for the transfer of its NPL managing platform Credit Management srl to Cerved Credit Management Group. Finally, at the end of 2017, the company assisted the auction for CAF spa, the Rome- based servicer owned since 2015 by the private equity fund Lone Star, which went to Intrum.

Alandra has been growing rapidly in the last few years. Last October, one year from the name change from N+1 to Alantra, the international consulting firm announced the merger with the British Catalyst Corporate Finance, a company operating on the M&A sector on the mid-market, the same market segment of Alantra.

A new Hilton close to Nuvola