The insurance group Unipol continues with the requalification operations of its assets, also for non-operational use. Regarding divestitures, in the first six months of the year, the group led by Carlo Cimbri has finalised sales of over 500 properties throughout the country. These operations were launched in 2017, and they’re expected to be concluded by this year. Moreover, the properties sold amount to 53 million altogether. During the last semester, the company entered a preliminary agreement with Toscana Aeroporti regarding the plot of land located in Castello in the municipality of Florence. The area has a surface of 128 hectares, and its price is set at 75 million (before taxes). The preliminary contract includes two conditions though, one of which happened last June. It concerns the land inherited by Unipol from Fondiaria Sai when Salvatore Ligresti still guided the company. The company had devaluated the land by 36 million. According to the agreement with Toscana Aeroporti, a new airport terminal and a new runway will be built on the land. The deal is now pending the second suspensive condition to come true. 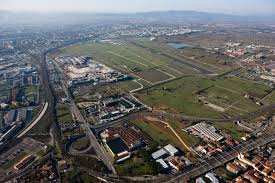 Unipol is not only selling, but it’s also buying and building. In the last semester, the insurance company bought residential properties amounting to 2.2 million in total, while a company of the group managed to acquire an industrial asset in Bologna for about 3.1 million. The works for the Unipol headquarters in Piazza Gae Aulenti in Milan will start in the second part of the year. Meanwhile, the requalification of the historical Galfa tower is almost completed, and the building is nearly fully let. The group’s strategy to strengthen the presence on the hotel segment is also going on. In the first months of the year, the group Una (whose capital is 100% owned by Unipol) had increased its revenues by 3%, going from 58 million reported last year to 61 million.

11 July, Prelios Among the assets located in Italy acquired by the asset manager, there is also the building in...