Huawei chose Milan to double its presence in Italy. The Chinese multinational will open a new research and development centre serving the entire group not far from Piazza Duomo. 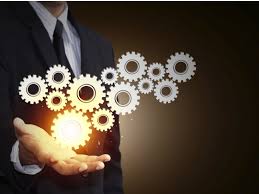 It will be its second presence in the country, as the company has another centre in Segrate, near Milan, which opened in 2008 and it’s specialised in microwave technology. The centre mainly studies the connections between mobile networks and the use of very high frequencies such as 90 and 150 GHz. Thomas Miao, Huawei Italia Ceo, commented with Il Sole 24 Ore: “The R&D centre in Milan will focus on fashion and design, the distinctive elements of Made in Italy”. The centre will open in January.

Thomas Miao has been working for Huawei for 16 years and has been the Ceo for Italy for one year. He says it with pride, after having started as an engineer and then as a manager in Ukraine and Russia for a total of 14 years away from China.

Huawei is gradually becoming the symbol of Chinese hi-tech, despite the increasing concerns about safety and the commercial conflict between the US with Trump and China with Xi Jinping. Miao replies: “these worries are not based on facts. We encourage dialogue. We’re not talking about something that doesn’t exist. We’ve been operating on the market for 30 years, and our products are sold in 170 countries”.

The facts that Miao is talking about are: “We’re about to open a cybersecurity centre in Brussels, the first in Europe”. Besides, he reminds that, concerning consumer products, the company’s smartphones “are basically at the same level as Samsung”. After all, Huawei is an established reality staffing 850 people (“we want to hire more”) between Milan and Rome, with a turnover of 1.5 billion, 50% of which derived from the consumer segment, while the remainder is divided between enterprise products (for companies) and carrier solutions (for infrastructures and networks). This percentage reflects its global turnover.

The Chinese multinational – profits 92.5 billion dollar in 2017 (+15.7% from 2016) – has 180 thousand employees. Since Huawei invests in research & development 15% of the total profits, it made sense to open another R&D centre for its 15 years in Italy. The new centre will be “a hub for all our partners and the companies wanting to work with us on prototypes, models and products”. The company aims at doing so by giving a strong signal with a centre right in the heart of Milan. “Milan is the most representative place of Italian fashion”. The R&D centre will employ about 20 people.

For Huawei, the operation is aligned with its goals concerning 5G. “Italy is an advanced country in Europe thanks to the researches in Mise and to those we’re collaborating with Tim in Bari and Matera”. There are all the reasons to think about the commitment of Huawei to Italy. A market which is “friendly, open and transparent”. What about the cons? “The complex procedures and the red tape”.

27 September, Bebeez Following the sale to a leading investor of the Mercure Excelsior Hotel in Catania for 11 million...