The real estate logistical market continues its growth. The numbers regarding the third quarter of 2017 published by Jones Lang LaSalle (Jll) Italia, monitoring the real estate investments and high-values properties, show that the market has absorbed leases for a surface of 380 thousand Sq m, with an increase of 34% compared to the same period of the previous year. 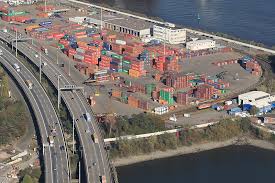 “The total surfaces of these investments for the first nine months of the year, 1 million and 240 thousand Sq m – says Elena Zanlorenzi, Head of Research for JLL Italia – is equal to the result reported for the whole year of 2016 and we expect that this year will end with a sharp increase and steady lease prices on the main marketplaces, Milan, Rome and Bologna”.

Hence, the total result for this year rises to one million and 240 thousand Sq m, corresponding to the result of the whole year of 2016. If we consider the whole market, including also small and medium purchases done by third parties and enterprises, according to World Capital, the trend shows an increase of 60% in the first part of 2017. Finally, confirming the positive trend the segment is living, the Revenue Agency has reported sales for depots and warehouses increased by 14.4%.

According to JLL, the third quarter has seen 26 significant transactions completed, to add to the 46 registered during the first and second quarter. As usual, most of the demand has been from the so-called 3Pl, namely companies operating in outsourcing in logistical management. While manufacturing companies represented 23% of the demand, 4% were retailers and 3% e-commerce companies. 55% of the surfaces are located in the province of Milan.

There are currently 38 projects for new logistical constructions, planned till the end of 2019, for the implementation of one million and 400 thousand Sq m altogether: 380 thousand Sq m by the end of the year, 772 thousand in 2018, and 253 thousand Sq m in 2019. These numbers go beyond real estate since if there is such a demand for spaces, it means that the recovery is happening on two sides: exportations and internal consumptions. But to narrow down the analysis to a pure real estate context, investors are driving this market, as depots can give better performances than other segments, in core operations (purchasing properties to rent to solid companies) as well as in speculative operations (purchasing properties at low prices to restructure and put on the market). In doing this, investors are favoured by NPLs (the properties put as guarantee of non-performing credits) since they’re composed in a good part of industrial properties, included in largely discounted portfolios.

The market for pure investments has moved in the first 9 months of the year capitals for 450 million, the best result since 2010. Last year, the amount of transactions for industrial properties has reached 620 million euro. Four operations have been for values over 50 million, but just a small part of the transactions comes from Italian investors.

According to the report by World Capital, Genoa and Florence are the most expensive cities, with prices up to 63 euro per Sq m per year. While Milan leads the chart of used properties with 50 euro. Genoa holds the record with 910 euro per Sq m for new properties whereas Florence is the first for old properties with 720 euro per Sq m. Gross returns are slightly decreasing. The best performance is reported by Milan (from 6% to 7.2%) and Rome, that reaches 7.5%. But for properties included in NPL portfolios, the performance can reach also two digits results. Finally, the figures regarding rentals of freight terminals: the most expensive are in Livorno with 60 euro per Sq m  per year, followed by Bologna with 55 euro.

Property funds, another flop. Poste evaluating an intervention for those who lost 25%

27 December, La Repubblica Another day of losses at the Stock Exchange for four property funds. In comparison with the...