Smeralda Holding has fulfilled its objective by aiming at the improvement and update of the existing facilities and at the extension of the tourist season. The Italian company owned by the sovereign fund , owner since 2012 of real estate assets and land along Costa Smeralda, will close the tourist season 2017 with growing numbers and visits. These latter have increased by over 7% in the last summer compared to 2016 (with a peak of +9.1% for Hotel Cala di Volpe) thanks to the decision to extend of five weeks the hotels opening period, with positive effects on the financial statement of the group. The returns estimated for 2017 amount to 94.6 million euro (+8.5% compared to 2016), with an Ebitda of 28.9 million euro, increasing by 15.9%. 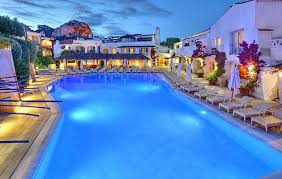 The portfolio of Smeralda Holding is composed of four hotels (Cala Di Volpe, Romazzino, Pitrizza, and Cervo, among the most profitable hotels in the world), the marina of Porto Cervo (one of the most important ports in the Mediterranean), a naval site construction, Pevero Golf Club, plus some minor assets represented by shops, offices, apartments, bars restaurants and 51% of a joint venture that owns 2,300 hectares of coast.

Smeralda Holding plans investments for 2018 for 30 million euro, included in a five-year business plan up to 2022, with 120 million euro to invest in renovations, territory promotion and increase of the entertainment offer. Cala Di Volpe especially will have 70 of its rooms completely renewed, a spa will open in Romazzino and that in Pitrizza will re-open, a beach club will open Calda di Volpe and that in Cala Petra Ruja will be renovated. The program sees also the implementation of at least 30% of the works before the summer season, and 70% to be complete by the end of 2018. The group aims also at diversifying the offer of the 20 restaurants and bars focusing on local wines and introducing international catering brands. These investments will make possible to generate considerable returns on the local economy. “The results of the season that has just concluded”, states Mario Ferraro, Smeralda Holding Ceo “confirm that extending the tourist season was the right choice”.

21 October, Milano Finanza In the first semester of 2017 signalled a very positive trend for logistics. Not only the...