The year-start for hotel investments in Italy was excellent, but transactions slowed down in the second quarter. According to the data gathered by Cbre, the first quarter saw Italy at the top of the European chart with a +198% growth on a yearly basis and total investments for 241 million euro. A great performance, considering that, despite Italy being a major tourist destination, the country was left outside the big investments in the hospitality segment. The slackening registered in the second quarter makes reflect on the actual capability of taking advantage of Italy’s potential in the tourism industry, as the country hasn’t gotten the attention of the global players yet. 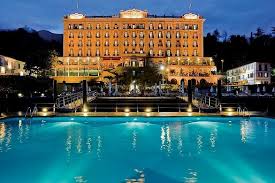 The 2018 Investor Intention Survey by Cbre concerning the European hospitality market is very clear in this regard. The UK is at the top of the chart, followed by Germany, Spain, France and Ireland. Italy comes before Portugal, the Netherlands, Poland and the Czech Republic. Where do the investments in European hotels come from? Unlike one might think, capitals from the Middle East are only 7% of the total, while the majority originates from Europe (65%), Asia (15%) and America (13%). Concerning the Asian investments, capitals mainly come from Hing Kong, Singapore and other countries in the area, while Chinese investments are expected to reduce as the result of the recent restrictions.

In the first quarter of 2018, hospitality investments in France were 102 million euro, having decreased by 52%. In northern Europe, the reduction was 78%, corresponding to 98 million. Mature markets have also receded such as Spain (-36%, although reporting investments for 513 million), Germany (-41%, but with investments for 661 million). Great Britain leads the market, with 1,849 million and an 81% increase on a yearly basis. Ireland has surpassed Italy, with a capital stream increased by 329% and investments for 190 million.  According to Cbre, the total investments in hotels in Europe amounted to 4.02 billion euro, with a slight 9% decrease compared to the same period of the previous year. In this context, Italy shows a greater liquidity, while Germany and the UK have to deal with a strong demand but a rather limited supply. The figures for the first quarter of 2018 also include those deals closed at the end of 2017 and some new operations such the acquisition by King Street of two assets in Rome to turn into hotels, as well as the operation by Belmond in Siena (Hotel De La Ville). The market slowed down in the period between April and June. The hotel investments, in fact, closed the first part of 2018 with 428 million and a 22% reduction from the same period of the previous year, although reporting a better performance than offices, whose investments decreased by 53% according to Cbre.

In the World Capital Real Estate website, the “hotel properties” section has reported over 20 thousand searches in the last 12 months, 5 thousand of which with specific selection criteria. The results were included, among other data, in the survey on the Italian hospitality real estate market published by World Capital in collaboration with Federalberghi. What do investors look for in Italy? 76% of them are interested in hotels, 12% in B&Bs, 5% in apart-hotels and 4% in tourist resorts. It’s interesting to note that 62% intends to buy, while 38% would rather rent. Where to invest? For 84% of the investors, in Milan, Rome, Venice and Florence. If aggregating the answers given in the multiple-choice questions, 41% of the investment favours beach destinations, 37% cities, and 15% mountain locations. 78% of the investors mentioned expressly Milan, followed by Rome with 53% and Venice with 32%. Another interesting fact is how the investment composition by category: 20% look at luxury, 34% at upper scale hotels, 34% at the economy range and 12% at budget hotels.

19 April, Il Sole 24 Ore The Intesa Sanpaolo Board of Directors has approved the binding offer submitted by Intrum...