The Italian real estate market closed the first semester of 2018 with total investments for approximately 3.3 billion euro, having decreased by 42% from the same period of 2017, a record year concerning transactions, although the deals were fewer than in 2018. If we consider the single segments, offices have reported the most significant investment quota, with 1 billion and 77 million euro, slightly more than retail, with 1 billion and 21 million, followed by logistics with 544 million and hotels with investments for 428 million. The hospitality sector reported a 22% reduction in comparison with the same period of 2017, but it shows positive trend nevertheless, and it’s expected to reach investments for 1 billion euro by the end of the year. Francesco Calia, Head of Hotels Italy for CBRE Hotels, speaks about it. 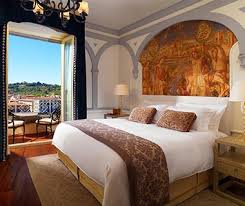 What has characterised the first part of 2018?

We’ve registered smaller transactions below 50 million with 25 operations in total.

Among the most relevant ones, we managed the sale of the Malpensa Novotel and Radisson Blu Hotel in Milan, La Lama in Rome in the EUR area for an amount over 50 million, the sale to Belmond of the Casole Castle for 39 million euro in Tuscany. The Carlyle hotel in Brera-Milan was sold for more than 35 million euro, while the Meininger hotel in Rome was sold for over 25 million euro.

The remaining operations were for lower amounts and in less important locations.

The role of international investors is still crucial, as they hold the biggest quota in the transactions, but we’re witnessing the return of domestic investors with investments by small and medium Italian family-run companies which have a bigger percentage concerning transacted hotels.

The return of Italian investments comes not only with the recovery of hotel performances which makes the investment more interesting but also with the increased eligibility of the operations thanks to the domestic banks which have resumed financing the industry resulting in an easier access to credit.

Not only, but the Italian market is also considered offering interesting opportunities.

Hotel chains are looking for new acquisitions, also in lesser known locations, and have equipped with new brands and sub-brands to enter new markets, reconverting existing buildings or turning offices into hotels. Cbre is currently working on several of these operations.

What is the future scenario of the Italian hotel real estate market?

The market has been recovering for the fourth year in a row. Considering the figures for the first semester of 2018 and the current deals, we expect to total transactions for 1 billion euro by the end of the year.

The sentiment is very positive. The hospitality market is very dynamic, and it offers many opportunities.

The hotel chains are working on finding new market niches with sub-brands, while new hotel models may be easily replicated in the secondary markets. On the other hand, the competition from Airbnb and players other than hotels is harsher.

Therefore, the volume of potential investments has also increased for new development models through partnerships and affiliations. The market is in good shape and offers many opportunities.

The mortgage stock has increased

11 February, Corriere della Sera The latest figures published by Banca d’Italia on mortgages show that at the end of...