Yesterday the Milan City Council approved the sale in bulk of fifteen barracks to Invimit, the company owned by the Ministry of Treasury which expressed its interest in the properties. The barracks are the property of the City of Milan, but they’re let to the Italian Government. The selling price amounts to 68.5 million euro. The earnings from the sale will be re-invested in the 2018 three-year program for public works. The green light from the council will officially launch the revaluation plan. 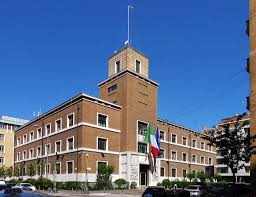 The City Council assures that this is just a transfer of ownership and that the barracks won’t change their intended use, at least until the end of the lease contract. The properties concerned are occupied by the police stations in Via Chopin 52, via Falck 12, Via Satta 6/8, Via Quintiliano 57/59, Piazza Venino 3, Via Comasina 36/Bernardino da Novate, Via Certosa 7, Via Maniago 36, Viale Monza 322, Viale Primaticcio 3; along with the carabinieri stations in Via Chiasserini 102, Viale Fulvio Testi 121, Via Lago di Nemi 33, Via dei Missaglia 57/2, Via Marcora 1.

The City of Milan currently receives from the Ministry a lease discounted by 15% as provided by law. The sale will unburden the Municipality from some much-needed extraordinary maintenance expenses, as some of the barracks are rather old. The City Councillor for State Property Roberto Tasca is happy with the operation, and he comments: “With this sale, we’ve been able to revaluate some assets that, due to their particular intended use, wouldn’t have been very interesting if put for public auction. Moreover, the sale will unburden us from all the expansive extraordinary maintenance costs”. Thanks to the sale, “we’ll have funds available to invest in the 2018 three-year plan for public works”. In the next few weeks, the City of Milan will publish a public tender to sell in bulk the 15 barracks at a starting price of 68.5 million to see if there are any higher bids from private companies and public authorities. If the auction is inquorate, the transfer to Invimit will be finalised by the end of the year. The barracks in Via Marcora, Viale Certosa and Piazza Venino, being historic buildings, will also require the authorisation from the Superintendence.

06 February, Blasting News Giuseppe Castagna, Banco Bpm Ceo, strong of the experience of the merger of Banco Popolare with...