It’s time now for the private equity giant Kkr to negotiate for the acquisition of the Megas fund owned by Enasarco and managed by Sorgente Sgr. The negotiation started with Hines, supported by Goldman Sachs, has terminated with the rejection of the offer. Therefore, the other candidates that have manifested their interest in the initial phase of the operation have been recalled. After all, there is great interest from the market for the assets on sale since they include prime properties and iconic buildings: from Galleria Colonna, known as Galleria Alberto Sordi, in the centre of Rome, to the Rinascente building in Piazza Fiume, the only building in Rome signed by Franco Albini, or the Poste building in Carrara, built in the 30es featuring a marble façade. 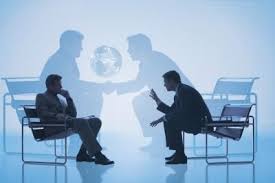 The most interesting offer might have come indeed from Kkr, the American giant of alternative assets, that has recently concluded an operation in Italy with Qui! Group, a company operating in the welfare and lunch voucher sector. The Kkr real estate division is currently working on the operation with Sorgente and will submit soon an offer higher than the initial offer from Hines. Not only. Kkr might be also interested in a double operation, acquiring not only the assets of the Megas fund but also those of the Michelangelo II fund, another fund managed by Sorgente with Enarsarco as the main shareholder. Further developments of the negotiation are expected in the next days when the committees of the two funds will give the green light for the exclusive to Kkr.

The funds transfer process has become rather complicated due to the difficult relations between Sorgente and Enasarco. The former president of Enasarco, Brunetto Boco, member of the Board of Directors, has tried to take away the management of the fund to Sorgente sgr to nominate a third party, as denounced by Sorgente. The former president wanted to take decisions independently regarding the Megas fund as a subscriber, while the current regulation appoints Sorgente as the responsible party for the funds, with the power of sharing or not sharing its decisions with the other parties. The different points of view have brought to accusations that have damaged the relationship with time. Last year, with the new Board of Directors and the nomination of the new president Gianroberto Costa, the relations with Sorgente seems to have become more relaxed, reaching a proposal for the transfer of all the assets of the Megas fund in order to reduce the commitment of Enasarco in real estate. Perhaps this is a good occasion to make both parties happy. Enasarco will get the capital gain of the Megas assets which are estimated over 500 million (debt included), granting earnings to Enarsarco for 360 million and a capital gain over 30 million. The deal will be satisfying also for Sorgente since it will most likely remain the fund manager also with the new ownership. The operation is expected to be concluded before summer.

The American funds are interested in the Mps, Carige and Cariparma UTP

04 May, Il Sole 24 Ore The big American funds are interested in the unlikely to pay of the main...