Good for the young people that believe in sharing. And we’re not talking about music, bikes or city cars, but of entire buildings. And of a lot of money: 500 million euro, to be precise, to invest in the residential segment. This the money that the American Hines – 93.2 billion dollars of managed assets all over the world –  gave to a young open mind such as Mario Abbadessa. Naples-born, a master in Real Estate Finance in Amsterdam and an MBA at Bocconi straight after, and definitely a discrete profile. “We’re trying to keep it that way”, admits the manager, who at only 33 years is the Managing Director and Country Head of the American group and has already invested 800 million euro between 2016 and 2017. Only in Milan city centre, Hines has signed deeds for the purchase of a building in Piazza Cordusio (130 million), the Geox flagship store in Via Torino (51 million), Palazzo Aliverti (the former Gucci Headquarter) in Via Broletto (50 million), the former Banca di Roma headquarters in Piazza Edison (220 million), a building in Via Dante (55 million), the previous Luxottica offices in Via Orefici, few metres from Piazza Cordusio (110 million euro). Thousands of Sq m of offices in the heart of the city, even though the Hines offices in Milan, in Via Manzoni, are rented. “I rent my house too”, he says. 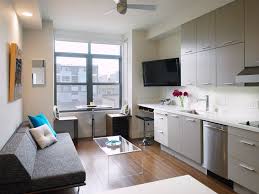 I own a house, but it’s rather small and when we returned from London to Milan, we were already a family of four. If I had bought a house as big as the one I’m renting, I would have spent all my savings on a mortgage. What if I have lost my job?

It went well, instead.

It’s true. The problem is investing the capital. In case they transfer me to New York, it will be complicated finding a tenant, left alone selling.

You buy beautiful buildings, but you don’t invest in properties yourself.

Actually, Hines co-invests in all the value-added operations, in order to be aligned with the interests of the investors. A part of these assets is invested by the Country Managers is different ways, therefore I too invest in real estate. The house where I live, however, is functional and not an investment. Perhaps one day I’ll buy one, but it will be for passion, near the sea.

What about the love of Italians for real estate?

It doesn’t reflect the current reality. Needs have changed, the economy is more fluid. We at Hines, and I, believe in sharing and we’re trying to bring in Italy new living solutions.

Does Hines aim at residential?

There is a lack of quality offer. We’re looking for properties to renovate and to rebuild. We have 500 million to invest in student housing, multifamily, micro-living and senior living.

No, it’s English. Or better, American. Hines is, in fact, the leading company in multifamily properties in the United States.

They’re apartments for long-term rentals. They’re 50 Sq m units, modular and customizable. They offer a series of services: security, gym, meeting room, working and meeting spaces. They can also feature a spa, a swimming pool, a cinema, etc. Even a birthday room, which I think it’s very handy. It happened to me to throw the birthday party of my kids at home and it was a lot of work to tidy and clean up afterwards.

Do you address high-end clients?

We don’t believe in luxury, especially after Porta Nuova. We believe in quality. And we address to the middle class.

The residential market in Italy suffers a lot from the arrears of tenants.

Not particularly. We estimate in our financial plans 10% of unlet space. And we do a very strong due diligence at the entrance.

What once was called “good references”.

According to my experience, those with limited financial means are the most more careful and respectful of rent deadlines.

Then there are the students. They always pay.

We’re looking for properties not only in Milan but also in Florence, Venice, Bologna, Rome and Padua, where there is very little offer in terms of quality. I’ve been myself a student in Milan and I know what it means.

We don’t want to make the usual ensuite room, but we want to build a series of common spaces, movie theatres, libraries, gyms, working and meeting spaces, communication services, electric cars and bikes available. We want to create a sharing and community reality. We’re focused a lot on international students.

What about micro living?

They’re mini apartments offering similar services as the student houses but destined exclusively to short-term rentals: from two to 30 days. The target is tourists and young professionals.

And the fourth pillar is senior living.

They’re serviced residences for senior citizens, not offering medical services. The project is similar to that of student houses. Perhaps they won’t feature a disco or a pub, rather spaces to receive family, for rehabilitation, a cafeteria, a clinic.

Will they be located in city centres?

We don’t believe in elderly people confined far from cities. We have in mind people that go to the cinema and do groceries. I think about my parents: they have three children and they all live far away. I want them to be safe, with access to a doctor and a community around.

And if the project doesn’t work, you can always reconvert a property in the city centre.

It’s not by chance that we define the trophy assets located in city centres as permanent assets. Thanks to their position, they’re independent from the trends of the local economy. In Italy, the economic cycle is very short, and it’s impacted by unexpected events that make it uncertain.

It takes an Italian to deal with Italian bureaucracy.

Let’s say we’re halfway between Houston, that doesn’t even have a city plan, and India, that makes look Naples like Switzerland in comparison. If the operations are thoughtfully carried out by competent professionals, any sort of problem is manageable. If it was too easy, it wouldn’t be fun.

It doesn’t happen every day to empty and put on sale a whole building on the most prestigious street of...