A student resident featuring a cafeteria and a coworking space open to the public will replace the Telecom antenna in Via Bettinelli, in the Darsena area. Yesterday the support frame was removed: the dismantlement of the antenna has begun. According to rumours in the real estate market, Ricerca 12 will implement the residence with a surface of approximately 7 thousand Sq m. The holding company is guided by Luciano Benetton (and his sons Mauro, Rocco, Rosella and Alessandro), which holds in return a quarter of Edizione, the company which has a large part of the assets of the Treviso entrepreneurs’ family. It’s the second project of this type that the company led by Aldo Giacin will start in Milan. The other property is located in Via Enrico Noe 24, in Città Studi, which will be ready by 2019 (while the residence in Via Bettinelli will be completed in 2021). There is a lot of activity in the youth hospitality sector. Hines led by Maria Abbadessa was the first to bet a significant sum of money on the sector (85 million euro): it will implement 600 beds by 2020 in Via Giovenale, In the Bocconi area. Hines is also negotiating for a second student residence between Viale Isonzo and Via Ripamonti (for an investment of 80 million euro). In the meanwhile, the Dutch The Student Hotel has just arrived in Florence and Bologna, and it’s currently looking for properties in Milan. Coima and Antirion Sgr are also on the hunt. In Milan, of 193 thousand university students in total, 65 thousand come from other cities and one-quarter are foreigners. 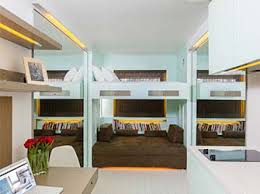 Less than 10% of the students can find a rent at a regulated price, a tiny portion if compared with other cities. Students prefer private houses and renting in apartments managed by specialised companies, which are often not subsidised by universities and therefore very expensive. The rent averages 700-800 euro per months (with utilities) against the 500-600 of the other Italian cities.

Rents have returned to pre-crisis values

24 November, La Stampa Rents are rising again, while property values continue to decrease. The rise in rent prices has...