The Australian Lendlease will implement the campus of Università Statale in the Expo area, receiving from the university 20 million a year for the next 30 years. The Board of Directors of the university approved yesterday the transfer of 18 thousand students and 500 between technical and administrative staff from Città Studi to a 250-thousand-Sq m area in Arexpo by 2022. The project is ambitious, although very debated, and worth 335 million and more than the double in a long-term perspective. The details of the plan are strictly confidential. Before the newly-elected rector Elio Franzini will succeed to Gianluca Vago on 30th September, the Board of Directors gave the approval to Lendlease. 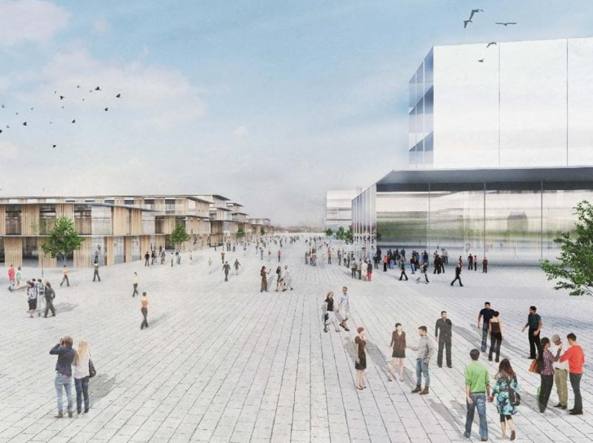 The Australian developer will be in charge of the construction of the campus. The company had already been appointed for the implementation of the headquarters that will accommodate several biotechnology multinationals on the land that hosted the Expo in 2015 with a 99-year lease and a turnover valued around 4 billion euro.

Yesterday the Board of Directors of the university (composed of the rector, the deputy rector, three professors, four external members and two student representatives) solved the issue around the funding for the project. The estimated cost for the project is 335 million euro. 135 million euro will be made available through public funding. Of the remainder, 200 million, 58 will come from Università Statale, while Lendlease will fund the other 142. This type of operation is called project financing, where the company co-funds the implementation of the campus receiving in exchange 20 million euro for 30 years from the university. The amount includes the lease of the spaces (around 8.5 million), the costs of services (approximately 8 million) and the energy supply (about 3.5 million. In this way, the university commits to subscribe a sale agreement for the land which will become effective once the campus will be completed and tested. The Revenue Agency will set the selling price.

The faculties that will move from Città Studi are Chemistry, Medicine, Mathematics, Agricultural Economics, Political and Environmental Sciences, Nutrition, Physics, Earth Sciences and Information Technology. The outgoing rector Gianluca Vago launched the project in 2015, and it was approved by the Board of Directors and the Academic Senate on 6th March (25 in favour and 7 against). However, the project has been strongly debated within the university. The new campus is one of the key points in the electoral campaign for the new rector which ended on 28th June with the election of the philosopher Elio Franzini, who has always been very cautious regarding the project, especially for what concerns funding.

The alternative to the project financing would be a loan from the European Investment Bank (BEI) followed by a public tender. But the Board of Directors preferred the first option: “After some amendments, the comparative analysis carried out together with our external advisors identified the project financing with Lendlease as the most convenient option”. In any case, a public tender will be launched to see if there is another company with a better offer, although Lendlease will have the right to relaunch. Therefore, the destiny of the campus is quite clear. The research centre Human Technopole and the hospital Galeazzi, several multinationals headquarters and a big part will also be implemented in the Expo area.

Phoenix AM gets stronger in the NPLs and UTP sector