“Reducing the land consumption and at the same time recovering the abandoned areas. More green spaces, enhancement of the public services and transportation, and conservation of the existing businesses”. For the City Councillor Michela Tiboni, this is the strategy for the future of the city which she presented yesterday at the meeting for urban planning. 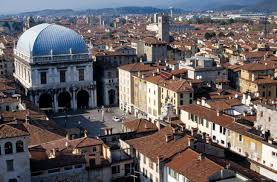 The key project for the urban regeneration is named “Oltre la Strada” (48 million for the area around Via Milano). The plan implies the recovery of the single buildings and the creation of the Musil museum (the works will start in 2019). There is also the plan to relaunch Via Orzinuovi, including the logistic reorganisation of the railway by the Swiss Hupac (the investment amounts to 50 million euro). In the next five years, other strategic interventions will also be completed, such as the new prison in Verziano (the Ministry allocated 16.6 million for the planning of the first lot), the recovery of the Papa barracks which will accommodate the Finance Police, the Department of Motor Vehicles and the Customs offices (the operation amounts to 15 million euro). For what concerns public offices, the building in Campo Marte will be renovated, and a new road will link Corso Bazoli and Via Serenissima. That’s not all: “we’ll get a bank guarantee to implement a public service centre in Via Chiusure”, explains the City Councillor. Finally, Borgo Wuhrer will accommodate a social housing project, while the old town Verziano will be revitalised.

There are also projects concerning private buildings on the agenda. One of these is Cembre (the global leader in electric connectors), 15 thousand Sq m in Via Serenissima. There is also the extension plan for the chemical factory Torchiani in Chiesanuova, a new B&B in Piazzale Cremona, the extension of the farm Le Campane in San Bartolomeo, the development in the Lonati-Santoni area in Sant’Eufemia, and the real estate development project by Nibofin srl in the former Gnutti barracks in Via Crispi.

The opposition criticised these plans: “I was expecting an idea for the urban transformation of the city, rather than a list of the technical interventions. How can the Mayor decide all by himself?”, said Paola Vilardi, addressing to the City Councillor. Donatella Albini criticised the “too many variants to the territorial zoning plan”, while Massimo Tacconi reminds “the neglected areas with no certain future like the Pietra area (where the building permissions have been reduced), the old Sant’Orsola hospital in Via Vittorio Emanuele II. And what about Canton Mombello? What will be its destiny with the new prison?”. Tiboni replies: “A territorial zoning pan needs at least ten years to be implemented. There’s a lot currently going on. It’s the sign that things are changing in the city. It’s a good signal”.

Italy is the country of big malls

31 May, Milano Finanza A market sandwiched between e-commerce and discount. The Italian mass retail navigates rough waters due to...