Wyndham has agreed to purchase Akti Imperial Deluxe hotel from the businessman Nikos Koutras. Koutras had acquired the hotel in a Eurobank tender in 2017.

After Crete and the acquisition of the Grand Crete Mirabello Hotel in Agios Nikolaos last summer, Wyndham is “landing” on yet another holiday destination on a Greek island. 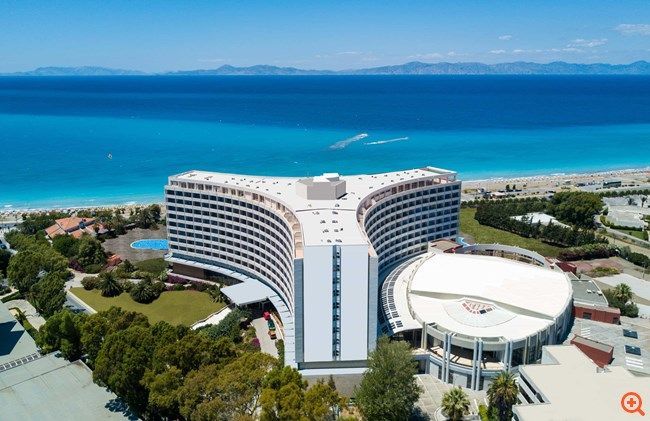 This will be the second hotel in Greece to join the Dolce brand after the opening of the Dolce Attica Riviera.

The deal this time was not made through Zeus International hotel management and development company, as was the case with other Wyndham purchases in Greece. Wyndham Group entered the Greek market in 2016 with the opening of Wyndham Grand Athens in Karaiskaki Square and after that purchased the Athens Residence Suites. Wyndham also invested in Loutraki Poseidon Resort and Ramada Loutraki Poseidon Resort in Loutraki, Dolce Attica Riviera and Ramada Attica Riviera in Mati. The chain has made a purchase without Zeus once more in the past when it bought former Thraki Palace Thalasso Spa Hotel & Conference Center in Alexandroupolis, which after extensive renovation bears the name Ramada Plaza Thraki.

Akti Imperial Deluxe in Ialyssos, Rhodes was built in the 1970s, has a total surface area of 48,500 square meters, and consists of five 710-room capacity buildings. Following its acquisition by businessman Nikos Koutras, who still owns Akti Beach and Akti Palace in Kos, there was an extensive renovation that cost (including the acquisition) € 58 million.

The NPL buyers are ready to put up for sale their most attractive RE assets, worth tens of millions. Bain...