According to the Greek press, the government intends hand over  OAKA (Olympic Athletic Centre of Athens) to the HRDH (Hellenic Republic Asset Development Fund) and then to privatize it. This will be done after the Olympic facilities undergo a total facelift that is expected to reach €55 m.

The process of renting-transferring the Olympic facilities to the hands of individuals is already in full swing. The first deal concerns the 16 tennis courts, which came under the control of the company “TEMES” of Achilleas Konstantakopoulos and Ioannis-Hippocrates Stasinopoulos and their joint company “Stadium 2020”. 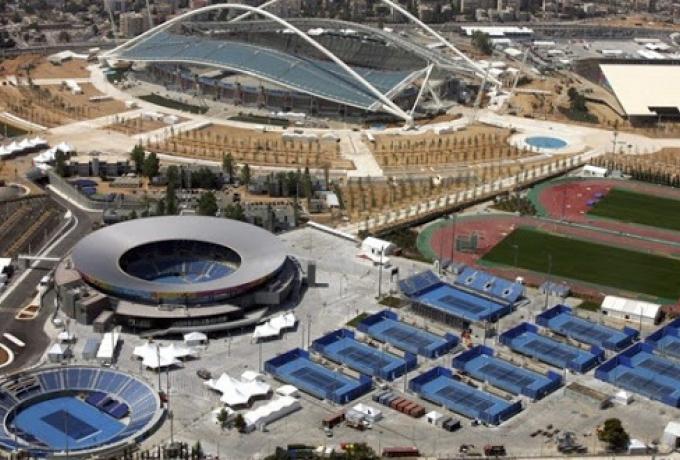 Lamda Development also participates in the project; last summer it signed a memorandum of understanding with the Ministry of Culture and Sports for the transfer and development of the National Sports Center of Agios Kosmas within the Metropolitan Park of Green and Leisure in Elliniko. The Memorandum stipulates that Lamda will consider proposals for the development and renovation of the Olympic and general sports facilities in Attica. There comes the proposal to the company for the complete reconstruction of the Aquatics Centre at the Olympic Stadium as well as the construction of another, new, 25x 25 meter pool, to meet the increased needs of preparation of athletes for the pre-Olympic season. Another proposal concerns the renovation of part of the hostels that host the Greek champions in OAKA.

In total, the upgrade of OAKA has a budget of over €53 m for athletes, citizens and even tourists and includes from the renovation of the Calatrava roof and the repairs to existing facilities to the creation of a sports hotel and Museum.

Also, the pedestrian bridge connecting OAKA with the Olympic Museum of Athens, which will soon operate in the Golden Hall of Lamda Development, was completed.

In total, the first phase includes energy saving interventions, energy footprint reduction and an integrated waste management system of €10 m, financed by the Recovery Fund, while €4.5 m will be allocated for the modernization of the pools etc.

The projects for the static reinforcement and maintenance of the roofs and the maintenance program are also very important and have a budget of €15 m to be funded by the Attica Region. The construction of a main building housing federations and Indoor National Stadium for events and handball with 5 million euros will be implemented as a PPP project, and the same goes for the design and construction of a four- or five-star hotel with a capacity of 100 to 150 at an estimated cost of 6 to €10 m.

Eurobank puts up for sale the loans of A. Vardinogianni

Eurobank is preparing a tender for the sale of Varmin SA’s loans. Varmin is controlled by Amalia-Anastasia Vardinoyannis. The bank...