Monterock International has acquired the renowned five-star Kenshō Psarou hotel on Mykonos Island from Notion – Real Estate Development SA for €19 m. Monterock acquired the shares of Notion’s subsidiary Benestar SA, the company which managed the hotel, with investment funds from the United Arab Emirates. The total investment including the cost of interventions will exceed €30 m.

Located in the world-famous bay of Psarou on Mykonos, Kenshō Psarou is developed on five levels and consists of 2,390.0 sq.m. main spaces and 500.0 sq.m. ancillary areas. The beachfront hotel has 31 luxurious rooms and suites, with private pools and jacuzzi, spa, gym, restaurant and bar ending at Psarou beach. 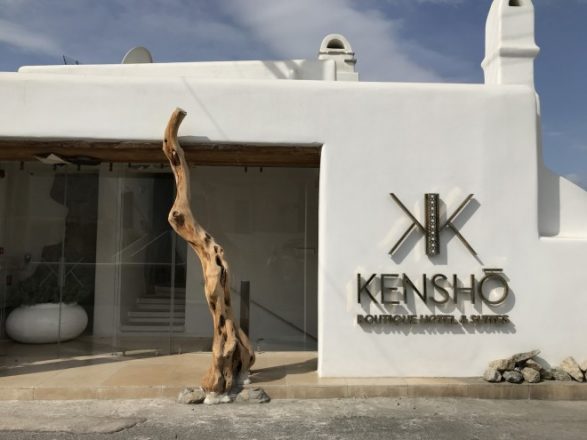 Following the acquisition, Kenshō Psarou will be renamed as “N Hotel Mykonos” and is expected to open its doors to guests in May.
Kensho Boutique Hotels & Villas is the Greek luxury brand that set the new standards in the field of boutique hotels internationally and established Mykonos as a destination of high aesthetics and services, having in its umbrella “Kensho Ornos Beach” which was completed in 2016 in Mykonos and has been awarded as the best boutique hotel in the world.