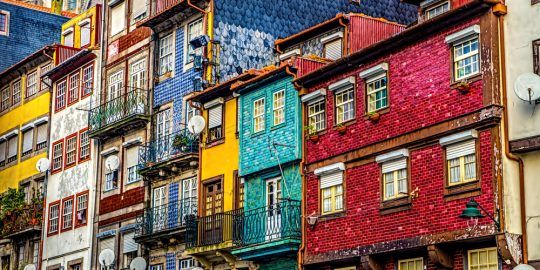 Housing Prices in Porto’s Downtown and Historic Centre Fall by 8.2%

6 March 2021 - Ana Custódio Housing prices in Porto’s official Downtown and Historic Centre Urban Rehabilitation Areas registered a fall of 8.2% in the second semester of 2020 compared to the previous semester. The year-on-year drop stood at 4.8%. Confidencial Imobiliário published the data as part of its Downtown and Historic Centre of Porto Price Index. The decline in prices follows an increase of 3.7% during the first half of the year, which had reversed a previous drop in the second semester of 2019 when prices had already fallen by 9.3%. Over the last three years, semester-on-semester price changes have oscillated, occasionally sharply, between ups and downs. These price swings began before the pandemic, leading some market watchers to downplay the lockdowns’ effects. Confidencial Imobiliário’s Downtown and Historic Centre of Porto Price Index also adds that, although relieving the 5.9% decrease in the first semester, the fall in the second semester consolidates a cycle of three consecutive semesters of losses. As a result, prices in the region ended 2020 at 13.7% below the first semester of 2019. Translation: Richard Turner 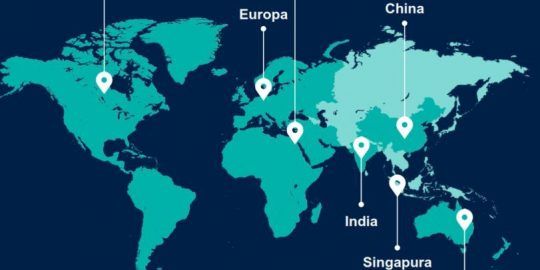 5 March 2021 - Ana Custódio A Real-Life Master Class under the theme “The RICS and the International Standards”, organised by ISCTE, Instituto Superior de Ciências do Trabalho e da Empresa, took place this week on Tuesday. Conducted online, the Master Class presented an overview of RICS’s (Royal Institution of Chartered Surveyors) activities in Portugal, the importance of international standards for the real estate sector during the Covid-19 pandemic, the nature of the process for becoming a member of the institution and the importance of being one. The event was helmed by Gonçalo Nascimento Rodrigues and counted with the participation of José Covas, both President of RICS in Portugal and Head of Portugal at Aura REE, and Eulalia Pensado, Partner Development & Public Affairs Manager Iberia, RICS. According to Eulalia Pensado, “It’s not enough to be working in a company [in the sector]. To be a member of RICS, one must take the RICS admission test.” The Partner Development & Public Affairs Manager Iberia, RICS, then began by explaining that the Royal Institution of Chartered Surveyors is a regulatory body founded in 1792 by twenty Surveyors (a construction group to regulate the sector). The institution is defined by high standards of ethics, professionalism and knowledge and its members are admitted through entrance exams, known as APCs. RICS is the largest and most venerable professional association in the field of construction and real estate, and, according to José Covas, “RICS has evolved a lot and this last year was no exception, 2020 was a critical and decisive year for RICS.” Currently, the institution has 134,000 certified professionals worldwide. With many investors seeking membership in the association, Mr Covas noted that “in the 15 years that it has been most active, [RICS] was one of the first in Europe to organise itself. This is the most heterogeneous board that exists, covering the various areas; we have valuers, project-management, construction area, planning and research and residential area (real estate mediation).” As RICS has considerable ability to cover various areas, and its aims for valuations to be a lesser part of that, given the growth of the other areas of activity within RICS, and its extensive international recognition. Being a RICS member is considered a letter of introduction for any client, according to Eulalia Pensado and José Covas, allowing the application of a set of standards in every country in the world. Translation: Richard Turner 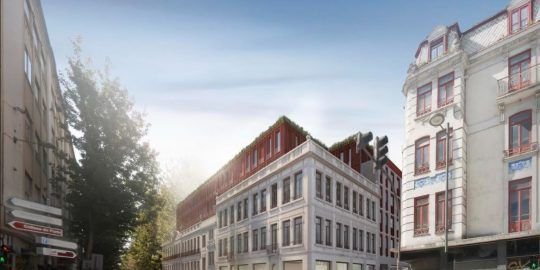 5 March 2021 - Ana Custódio The developer Avenue has just launched Bonjardim, its latest development in downtown Porto, in a reported investment of 57 million euros. Located on the city block formed by D. João I, Rua do Bonjardim, Rua Formosa and Rua Sá da Bandeira in downtown Porto, the mixed-use development combines housing and retail. The project will also include a hotel, which will be managed by "The Student Hotel". Avenue expects to conclude the project during the third quarter of 2022, while sales are set to begin in April. According to Aniceto Viegas, Avenue's general manager, "Bonjardim is a unique opportunity to redevelop an important city block in downtown Porto and will contribute to the dynamics of Rua Sá da Bandeira, and Praça do D. João I. This project, which has been several years in the making, will bring an important mix of uses to the city centre. Avenue is thus increasing its investment in Porto, following Aliados 107 and V Porto." Designed by the architecture office of Promontório, Bonjardim will involve the complete renovation of the D. João I city block, with the construction of five new buildings. The project will include the rehabilitation of the existing façades on Rua Sá da Bandeira and Rua Formosa and widening the Travessa do Bonjardim to improve the pedestrian route.  Inside the 2,502-m2 block, there are plans to create a central, public square with one landscaped garden area. The new development would also create a new shared footpath between the streets surrounding the city block. The 93-apartment residential section of the development will consist of studios to four-bedroom flats, all in a gross above-ground construction area of 28.032 m2. Of the total construction area, 13,244 m2 is slated for homes, 2,339 m2 of which will be developed by The Student Hotel as branded residences. The retail location will be situated on the ground floor, comprising 16 retail units totalling 3,560 m2. The project also includes an 11,228-m2, 4-star hotel with approximately 280 rooms.  There is a 499-space car park reserved for residents and a 250-spot public parking area. The facility will have a total area of 20.873 m2, spread out over three underground levels. AVENUE operates in the prime areas of Lisbon and Porto. The developer has a particular focus on urban requalification and regeneration, investing in well-known buildings and on land in sought-after locations, contributing to the recovery of the cities' authentic character and their dynamisation. Translation: Richard Turner
5/3/2021

Digitalisation: the Motto of the “European Funds: A unique opportunity for Portugal” Webinar

INE Reports Rise in Bank Valuations to €1,170/m2 in January