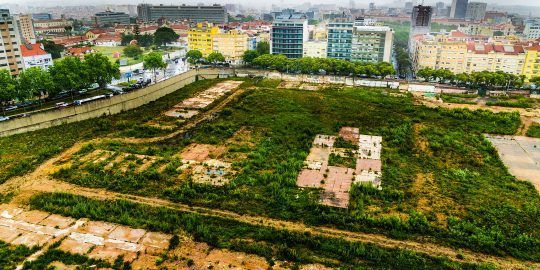 4 April 2020 – Novo Banco is waiting for the Lisbon City Council to approve its project to subdivide the financial institution’s landholding in Artilharia I, near Amoreiras. The project, which still requires infrastructure works, is said to be worth approximately €160 million. GEF, the management company of the Amoreiras closed-end real estate investment fund, a majority-owned subsidiary of Novo Banco, submitted the subdivision request last year. The change would facilitate the sale of individual, smaller plots of land. The project envisions the initial construction of an office building which may concentrate Novo Banco’s operations in Portugal’s capital. The larger real estate project, which has suffered countless delays, has been on hold since the financial crisis, more than a decade ago. Original Story: Jornal Expresso - Diogo Cavaleiro Photo: António Pedro Translation/Summary: Richard D. Turner

3 April 2020 – The Lisbon City Council has approved an Urban Rehabilitation Operation for the northern zone of Parque das Nações in Lisbon. The measure would extend the Tagus and Trancão parks to the edge of the district, refurbish the Sacavém railway station, build bicycle paths, a tram line and two bridges over Trancão. The plan, which is forecast for completion within eight years, will cost at least 25.5 million euros. The municipality will finance almost all of the work, except for the modernisation of the Sacavém station, which is the responsibility of Infrastruturas de Portugal (IP). IP expects to invest approximately 1.5 million euros in the station. The city has long planned to connect the Trancão and Tagus parks to a new park that the city of Loures is developing for the former lands of Petrogal. The decision to hold World Youth Day (WYD) there, a Catholic event that is expected to attract one million pilgrims, has brought a sense of urgency to the two projects. A large part of the projected investment will go towards creating the tram line between Santa Apolónia and Sacavém, which will cost around 14 million euros. The city council, however, has yet to build the tram line from Baixa to Santa Apolónia. Original Story: Público - João Pedro Pincha Translation/Summary: Richard D. Turner 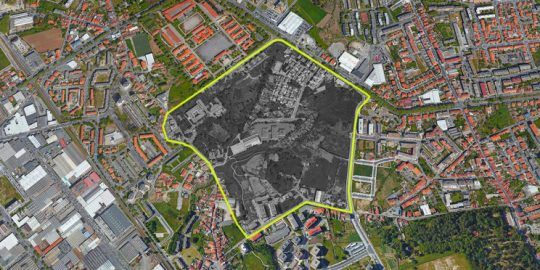 Two Executives Team Up to Build Apartment Towers in Porto

17 March 2020 – Pedro Couto, the owner of the construction company Telhabel, and Manuel Reis Campos, the president of AICCOPN (Association of Civil Construction and Public Works Industries), have teamed up to buy a set of three plots of land. The properties are in the latest expansion area of ​​the city of Porto, in Requesende, the parish of Ramalde. The project, aimed at the middle class, will consist of four to five apartment buildings, with a total of 350 to 400 flats. The new residential complex, located next to Estrada da Circunvalação and Avenida das Congostas and next to Ribeira da Granja, will have a total construction area of ​​more than 50,000 square meters. The project is under development by Vanguardplace - Sociedade Imobiliária, S.A and designed by the architect Henrique Granja. At the same time, Porto is looking to change the zoning regulations for the area of ​​Requesende. The new rules, which are expected to be approved by March/April 2021, will allow for the construction of higher buildings. The change would seek to encourage additional investment in housing projects for the middle class. Original Story: Idealista - Elisabete Soares Translation/Summary: Richard D. Turner
9/3/2020