DoValue and Bain Capital have signed a deal for the servicing of Icon portfolio (NBG). More specifically, doValue announced the signing of a memorandum of understanding with Bain Capital Credit, for the exclusive management of a non-performing loan portfolio of total receivables of almost €2.6 bn. The portfolio was bought from the National Bank of Greece and consists mainly of secured loans of large, medium and small businesses, from more than 1,500 debtors all over Greece. The agreement includes a wide range of actions to prepare for portfolio integration and management, to be carried out by doValue Greece (formerly Eurobank FPS), with a view to initiating active servicing within six months. DoValue strengthens its leading position in the domestic market of independent servicers and strengthens its relationship with Bain Capital Credit, which is already a customer of the doValue Group in Spain and Italy. Original Source: Capital.gr Adaptation/Summary: Kiki Athanasiadis 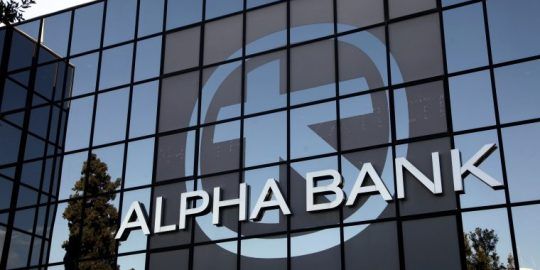 Alpha Bank announced that it has entered into a binding agreement with Poseidon Financial Investor DAC, an entity financed by funds managed by affiliates of Fortress Investment Group LLC, for the disposal of a pool of Non-Performing Loans to Greek SMEs mainly secured by real estate assets (the "Neptune Portfolio"), of a total on-balance sheet gross book value of  €1.1 bn. The aggregate consideration for the Neptune Portfolio amounts to 24% approximately of the total on-balance sheet gross book value and can be increased up to 30% of the total on-balance sheet gross book value through a contingent consideration (earnout). CEPAL will take over the servicing of the Neptune Portfolio. The transaction is expected to be completed within the third quarter of 2020. PwC acts as the Bank's sole financial advisor for the sale process, while White & Case LLP acts as international legal advisor and the Karatza and Associates Law Firm  as the Bank's legal advisor for Greek law. Regarding the conclusion of the agreement, Alpha Bank management says that it managed to close a very successful agreement for the Neptune portfolio, showing flexibility during the escalation of the coronavirus crisis and utilising its deep experience in complex transactions. Original Source: Liberal.gr Adaptation/Summary: Kiki Athanasiadis 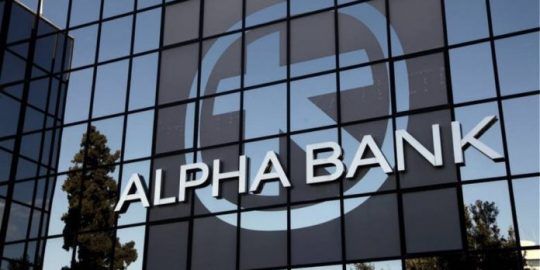 Alpha Bank and Fortress are close to reaching an agreement for the purchase and sale of a portfolio of corporate NPLs with real estate securities (Neptune project).

The two sides are said to have agreed on the basic terms of the deal and, unless something changes, the SPA purchase agreement is expected to be signed within the next 10 days.

The tender started about a year ago and Fortress became the preferred investor last December.

The arrival of the pandemic and its restrictive measures resulted in discussions starting from almost zero point and changes in the transaction taking place. Reportedly, the perimeter of the portfolio for sale has been differentiated, while the price from Fortress is expected to be paid in instalments.

For this reason, Alpha bank asked for a a third-party bank with a high credit rating, a request that was accepted by Fortress.

Despite the changes in perimeter and price, the transaction is expected to be capital-neutral for the bank.

The completion of the Neptune project will allow the bank to focus on the demanding NPLs securitisation transaction with the simultaneous sale of Cepal, having previously been entrusted with the servicing of all the bank's NPEs.

According to the schedule, the submission of non-binding bids will take place on June 29. The investors that will pass to  the second phase will evaluate the portfolio and submit binding bills at the end of September.

The new Cepal business plan, which is also the "heart" of the transaction, has been available on the Virtual Data Room since last week.

This is the first large-scale transaction since the pandemic and Alpha bank is optimistic that it will attract high interest rates, as the sale of 80% of Cepal comes with €27 bn under servicing.

The NPL management department of Alpha Bank, along with its 800 employees will be carved-out of the bank and transferred to Cepal.

Previously, Cepal will have acquired the 60% of its share capital from Centerbridge and the company will be "endowed" with a servicing contract for all of Alpha Bank’s NPEs in Greece.

The listed company will be transformed into Holding, in order to suffer the damage of securitisation while almost all banking activities will be contributed to a new banking company (new Alpha Bank).

How much did the lockdown cost to Lamda Development

Hospitality investment of €40 m got the green light

BoG: Apartment prices increased by 6.9% in the first quarter of 2020